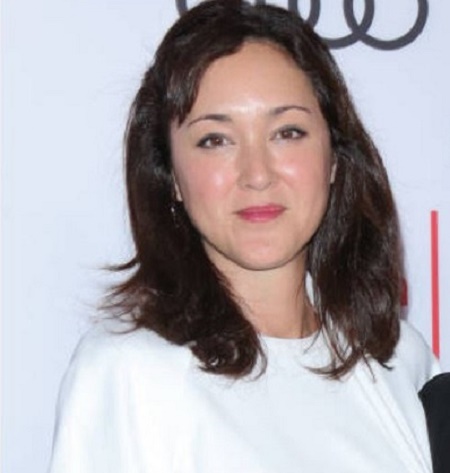 Have you ever watched the ABC medical drama Grey's Anatomy? If yes, then Dr. Nathan Riggs's character is not a new name for you who played by New Zealand actor, Martin Henderson. And today's topic is about his longterm lover whose name is Helen Randag. She is a producer, director, patron of the arts, and also ran a charity organization for over two decades in honor of her late grandfather, an art collector.

The celebrity lover Helen was born in June 1971 in England. Born in the United Kingdom, she holds British citizenship and is of white ethnicity. But, she has not disclosed any information regarding her family background to the media. For her education, she studied fine art in London from Goldsmiths College.

Helen Randag is known as a Girlfriend of Actor, Martin Henderson

Yes, Helen Randag received huge fame for being the lover of Secrets & Lies star Martin, who was born on 8 October 1974 in Auckland. The new pair has been romantically dating eachother for about three years.

However, they made their relationship official when Henderson uploaded the photo of them on his Instagram wall on September 12, 2017. He wrote the sweet caption: " Out with my bae - I love you darling", where Helen commented, “I love you too my darling.” But now her Instagram account has been deactivated.

Since then, Randag, the director of Portrait of a Star, and Martin has been going strong and attending several events together. But the cute lover has not married yet and still, there are no rumors of their marriage or date of engagement.

Yes, originally from England, Randag, 49, is a divorced woman. She was once married to her unknown man whose name remains private until a movie star, Martin, started to date.

45, Henderson also said she was once married and divorced, but they don't want to rush things like that. On the other hand, Martin who began acting at the age of 13 has dated several celebrities in the past.

The first one we know about is American actress, Demi Moore, 57, who is married for three times. He is said to have a love affair with model Nicky Watson back in 1994. He has also been in relationships with Marnette Patterson, Radha Mitchell, and Aishwarya Rai Bachchan.

Working as writer, director, and producer, Helen Randag has already gained a good amount of money. As of 2020, her net worth is estimated to be around $300,000. Likewise, most of her fortunes come from her grandfather's inheritance back in 1995. Today, she owns her own film production company, Midheaven Productions.

She has also directed a short film Portrait of a Star in 2014 which might have helped her collect extra money. Similarly, she is a board member of the Los Angeles Institute of Contemporary Art. During her early career, she was awarded the youngest ever recipient of the Prince of Wales Medal for Arts Philanthropy in 2010.

Meanwhile, her boyfriend, Martin Shares has a whopping net value of $6 million. He has made his total fortune over the past 20 years of acting. Likewise, he shared the screen with actor Peter Norwalk on TV series Grey's Anatomy. Asides TV work, the 1.78 m tall star donated more than $1.4 million for child cancer research through running the Nautica Malibu Triathlon in California.