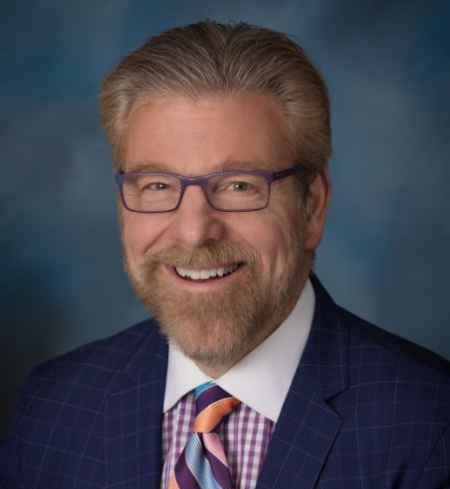 Who is Howard Eskin?

Howard Eskin is an American sportscaster and anchor for the WTXF TV "Fox 29" based in Philadelphia. Also, he is a sports radio personality for WIP-FM 94.1 / WTEL AM 610.

Moreover, he is known to be a short-tempered man. He calls his callers by various names such as "genius", "creep" and even "moron".

Howard was born on April 29, 1951, to American parents. He comes from a white ethnic group and holds an American nationality. As of now, he is 68 years old. Although he has not disclosed about his early life, Eskin attended Northeast High School in Philadelphia in 1968.

Howard spearheaded his career with a local radio station WFIL-AM as an assistant engineer. His career rose up by stirring public opinion with his commentaries. This transitioned him into television career in 1982. He went on to join the KYW-TV.

Eskin moved to WCAU-TV in 1996 and served as a lead anchor to the show Sports Final for a period of nine years until 2005. Additionally, he also wrote for the Philadelphia Daily News in the early 90s.

Eskin logged his 5,000th radio show in 2007. He became the record-breaking host, celebrating his 25th year in the television media stream. Likewise, he anchored his last 3 to 7 PM show after clocking 6,000 shows.

Howard grew up in a Jewish family in Philadelphia, Pennsylvania. Howard is very much devoted towards his father, he recently came out about his father where stated that he is very gracious to have such a father who looked after him from his college education to his career.

As a son, he claims to be more proud to have a father than himself to be the son. Howard even emailed his brother that, his father loved him more than his brother.

Besides, Howard is living happily in a nuptial relationship along with his children. He is married to Andi Eskin and has two sons Jason Eskin and Brett"Spike" Eskin.  Spike Eskin works as a program director at the sports radio 98.

Until now, there aren't any news and rumors regarding Howards and his wife domestic disputes or having extramarital affairs. Seems like they are delighted to have each other as a life partner.

Eskin has a tall height. As a sportscaster, he has maintained a good physical posture. He is very much into fitness and exercise. Likewise, he possesses blonde hair and a pair of brown eyes. Also, he has a perfect jawline.

Howard Eskin's Net worth and Salary

Howard Eskin is a prosperous man. He has a total asset in millions. Although he has not disclosed his income, a veteran sportscaster is predicted to earn a handsome salary of over $50,000 annually. So, he also might be receiving remuneration in good figure.

Eskin's other sources of income come from branding endorsements regarding other various sports products. He has also branded for the car giant Toyota in his hosting.

Eskin is widely active in his social media account. He has a wide fan base of over 2k on Facebook and his twitter handle has over 127k followers. He is very much associated with his Twitter profile and keeps updating about his hosting. Allover, he has 19k tweets on his page.