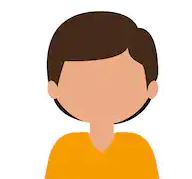 Ibrahim Chappelle is popularly known as the son of Dave Chappelle, a global icon and has been affiliated as an actor, writer, and producer.

Like other celebrity kid, he also became one of the popular media attention, despite his father doesn't want him to be part of the media and wants him to spend a normal life like other kids. On the other hand, Dave has been awarded two Emmy Awards and three Grammy Awards as well as the Mark Twain Prize.

Does Ibrahim Chappelle have a wife?

No, Ibrahim doesn't have any wife, in fact, he is even too young to be in a relationship. Currently, he is in his teenage years and enjoying a great living alongside his siblings.

The celebrity kid is currently in his school days and is focused on starting his career shortly. Despite known as Dave's son, he is pretty reserved in his personal life and rarely steps out in the public thanks to his parents' deeds.

It's a matter of fact that Dave is married to his long-time Asian girlfriend, Elaine Chappelle. The pair exchanged their wedding vows back in 2001 after dating for several months. Though being one of the great public icons the pair have still managed to keep details of their relationship to themselves.

Elaine who is very keen to become a professional chef is currently managing several properties of her husband and is also busy pampering her kids. She previously appeared in the backstage segment of The Age of Spin: Dave Chappelle Live at the Hollywood Palladium back in 2017 to support her husband.

Ibrahim shares his media limelight with his other two siblings. Sulayman Chappelle and Sanna Chappelle. It's a matter of fact that Ibrahim is the second son of Dave's while Sulayman is the eldest of all the children. However, he is also in his teenage years and is enjoying his school days.

The family of five is currently residing in a 65-acre farm near Yellow Springs, Ohio. Dave's sons and daughters have an Islamic name because he followed Islam religion in 1988 publicly. The Chappelle siblings are rarely spotted in public places but undoubtedly they are enjoying their life as a Chappelle's blood.

Dave is one of the inspiring personalities around the globe, he is also compared to the legendary comedian, Bill Cosby acting-wise. However, his talents have helped him to gather the net worth of $50 Million. In 2016, he signed a comedy special contract with Netflix worth $20 Million.

In 2017 Forbes has listed him in The World's Highest-Paid Comedians where he stands tall in the 4th position. Additionally, he has been starred in many blockbuster movies. His 1993 film Robin Hood: Men in Tights earned a total of $35.7 Million worldwide.

Similarly, A Star Is Born collected a total of $435 Million worldwide. Likewise, his starred and written movie Half-baked gathered a total of $17.5 Million in 1998. By being engaged in so many blockbuster movies he surely has collected a hefty amount of paycheck without a doubt.

Furthermore, the massive moneymaker has utilized his fortune by buying several houses in Xenia, Ohio and involving in various charitable events.