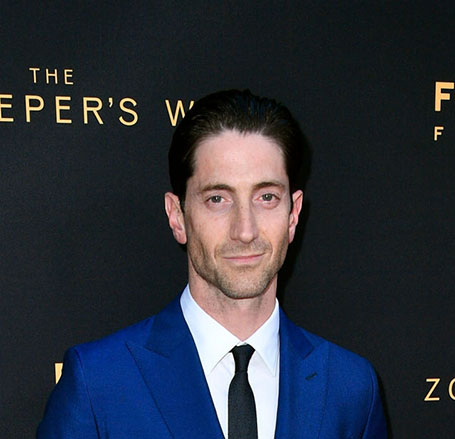 Iddo Goldberg is an Israeli-British actor best known for his role in BBC One's TV series Peaky Blinders. He has several notable roles on TV series Attachments as Brandon and on Secret Diary of a Call Girl as Ben. The 44-years-old actor is among the famed Israeli born British actors.

Iddo was born on August 5, 1975, in Haifa, Israel to Latvian father and an Israeli mother. Iddo's dad is an architecture and the alumni of the British university whereas his mom was from Jerusalem. Iddo began his acting career after he was chosen as one of the cast in 1998 movie Fast Food.

He played the role of a character named Junkie. Similar to Iddo, another Cuban-American actor Steven Bauer was born to German immigrants parents.

Iddo and his wife Ashley Madekwe met for the first time while working in the same movie set. The pair began dating around 2008 where they appeared together in a British drama TV series Secret Diary of a Call Girl.

In the series, Ashley plays the role of a call girl Bambi. Similarly, they've had a role in the TV series Salem. Ashley is best known for her role as Catherine Earnshaw in the gothic drama Wuthering Height based on the classic novel of the same name.

Iddo and Ashley tied the wedding knot in the English countryside on June 17, 2012. According to the Us Weekly reports, the wedding included guests like David Schwimmer, David Walliams, Revenge star Christa Allen, and Mischa Barton.

Actor Schwimmer and Walliams gave their best man's speech at the ceremony. According to Mischa, the best man's speech was incredibly funny and amazing. In her tweet, she paid tribute to the newlywed couple saying;

They have the most incredible love, what a treasure to witness! A huge congratulations to [Madekwe and Goldberg]!

Iddo and his wife Ashley greet fans before attending red carpet event of the Driven premiere:

Iddo and Ashley haven't announced anything regarding the kids yet. After nearly eight years of conjugal life, Iddo and Ashley are still going together.

As BBC's regular actor for TV series, Iddo's net worth is well over $4 million. Iddo has appeared alongside American famed actors Angelina Jolie and Johnny Depp in a 2010 American romantic thriller film The Tourist.

Iddo had his roles in critically acclaimed series like; Snowpiercer, The Last Tycoon, Bar Rescue, Mob City, The Mentalist, Christopher and His Kind, The Courageous Heart of Irena Sendler and The Relief Belsen.