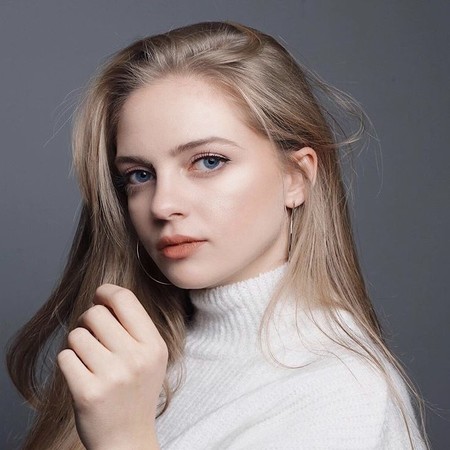 Ipek Filiz Yazici is a Turkish young and talented actress. Moreover, she started her career in 2016 from the Turkish television series, Babam Ve Ailesi. Ipek is popular for playing the role of Ceyda on the television show Don't Let Go of My Hand from 2018 to 2019. Apart, she also appeared in a drama like 7YUZ(2017), New Life(2020), and Kayitdisi. However, she rose to fame after she was cast in Netflix's Turkish teen drama, Love 101 which aired on April 24, 2020, as Isik.

Netflix's Turkish teen drama, Love 101 Actress, Ipek Filiz Yazici was born on April 19, 2001, in Istanbul, Turkey. However, she hasn't revealed much information on her parents', siblings', and educational qualification yet. Moreover, she holds a Turkish nationality and belongs to Turkish ethnicity. Currently, she is 19 years old and might be in college.

Well, Ipek, 19, is probably leading a happy single life. Apart, she is a very secretive nature and always keeps her personal life away from the media and the public. As of now, Filiz Yazici might be focusing on her career building and skill development to achieve more success in the acting field.

So far, there is no news of her involvement in any kind of relationship or rumors. Moreover, she is a very fun-loving persona and likes to spend her quality time with her family and friends. Besides, her social media account also didn't provide any hints on her personal life. As of now, she is just enjoying her family time without wasting her time in a relationship in Turkey.

The five feet and three inches(1.63 m) tall, Ipek has collected an impressive amount of fortune from her career as an actress. However, her exact net worth figure is still under review. But, we can predict that her net worth might be around $100,000 as of 2020.

On the other hand, her actual annual salary is unavailable yet. Apart, she is very famous on Instagram @ipekkyazici with the following of 931k followers. So, she might earn around $2000-$2,500 per post on her Instagram. With such a decent amount of earning, she is living a healthy and wealthy life right now.

The talented and young Turkish actress, Ipek Filiz Yazici started her career with Turkish television drama, Babam ve Ailesi in 2016. Later, she worked in 2017, she also worked in the drama 7YUZ. However, she rose to fame in the Turkish television industry when she played the role of Ceyda in Don't Let Go of My Hand from 2018 to 2019.

Nevertheless, Ipek gained international fame and name from Netflix's Turkish teen drama series Love 101 which aired on April 24, 2020. She appeared in series along with Mert Yazicioglu, Alina Boz, Pinar Deniz, Bade Iscil, Besides, she will also be a part of Season 2 of Love 101 which will be aired in 2021. and many others. Apart, she will also be the cast of Turkish drama New Life.