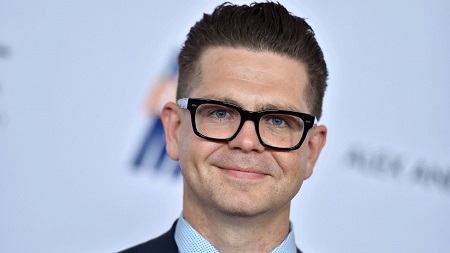 Jack Osbourne is an English TV host/producer, actor and paranormal investigator who gained high visibility after starring in his family's reality TV show, The Osbournes from 2002–05. It was aired on MTV on March 5, 2002.

He is also famous for being the son of American singer, Ozzy Osbourne and his wife, Sharon Osbourne. Ozzy is best known as the lead vocalist of the Black Sabbath. He released along with his band members various genres such as Black Sabbath (1970), Paranoid (1970), and Master of Reality (1971).

Was Married To Ex-Wife Lisa Stelly

The 35 years years old Jack Osbourne is a divorced man. He was previously in a marital relationship with his now-estranged wife, Lisa Stelly. She is an actress and entrepreneur who is the founder of Fancy Sprinkles.

Osbourne and Stelly tied the wedding knot in paradisiacal Hawaii on 7 October 2012 in an intimate ceremony. It seemed that they had the perfect marriage for six years. They announced their separation on 18 May 2018. They finalized their divorce on 5 March 2019.

During that time, they confirmed that they still love each other and are in friendly conditions for the sake of their girls. But just months after their breakup the police registered a battery report against him for punching Lisa's new boyfriend Skylar Astin.

Yes, the 1.77 m tall, Jack is rumoured to be dating his new girlfriend, Aree Gearhart, whom he stepped out at the 2019 American Music Awards on November 2019. They were photographed holding each other hands during the award function.

But it is still unclear they are actually dating or not. Before it, Osbourne was romantically linked with MegZany, the  LA street artist.

He is Father Of Three Children

Osbourne and his wife, Stelly are blessed parents of three daughters. Before their nuptials, they welcomed their first child, the eldest daughter Pearl Osbourne in 2012.

Jack Osbourne has five siblings in total. He has two elder sisters and three paternal half-siblings from his parents' other marriage.

His elder sister or Ozzy and Sharon's eldest daughter Aimee Osbourne was born on 2 September 1983. She is known as actress and singer describes her music as Synth-pop/Trip-Hop. Kelly Osbourne, born on 27 October 1984, is just one year older than Jack. In 2002, she released her own album, Shut Up.

Osbourne is the little half brother of Louis Osbourne, born in 1975, Jessica Starshine Osbourne, born on 20 January 1972, and Elliot Kingsley, born in 1966. Louis and Starshine were born to Thelma Riley (mother), and Ozzy Osbourne (father). Elliot is the son of Thelma's from her past marriage.

Aged, 71, the rock star has been married for two times in his entire life. He was previously committed to his now-estranged wife, Thelma Riley. The two had their first encounter at a nightclub, the Rum Runner in Birmingham in 1971, where Thelma was a waitress.

The couple then exchanged their wedding vows in July 1971 in an intimate ceremony. After their nuptials, Ozzy adopted Thelma's son, Elliot from her past marital relationship. They also welcomed two children, Jessica and Louis Osbourne. But they spilt in 1982 after marrying for over 11 years.

Osbourne met his current wife Sharon Osbourne in the late-1970 while he was collaborating with the Black Sabbath band. Suddenly, Sharon became his manager and helped him to pursue as a solo artist in 1979. Then they married in an intimate ceremony on 4th July 1982 in Maui, Hawaii.

On their big day, the bride Sharon wore a white while tulle applique off-the-shoulder ball gown with long sleeves. While the groom Ozzy donned in a slim white suit, tied up with a white bow tie. Back in 2020, they completed their 38th wedding anniversary on the 4th of July.

What is Jack Osbourne's Net Worth?

English media personality, Jack Osbourne has a whopping net worth of $15 Million as of 2020. He has earned his fortune throughout his own profession working as a TV host/producer.  He is mostly known for his appearances in his family Show, The Osbourne on MTV.

Osbournes' family made $5 thousand per episode from the first season and $5 million per episode from the second. So Jack's payroll also listed in the same range. Further, he worked as a fitness and travel reporter on various shows with his father such as Armed & Famous (2006), Ozzy and Jack's World Detour (2016), Haunted Highway (2012-2013), and BBC's Saving Planet Earth (2007).

Meanwhile, his parents Ozzy and Saron has combined net worth of $220 million. Well, Ozzy has made his wealth throughout his thriving solo music career. He is best known for being the lead vocalist of the heavy metal band Black Sabbath. The band members are drummer Bill Ward, the bassist Geezer Butler, guitarist Tony Iommi and vocalist Ozzy.

Sharon grossed over $20 million from the summer Ozzfest tour by selling ticket which had reached $150 in 2007. Apart, the couple bought 11,000 square feet of the home which contains six bedrooms and ten bathrooms. The house is listed at $12.999 million on the market.

Jack was born on 8 November 1985 in St John's Wood, London, the United Kingdom as Jack Joseph Osbourne. He said that his childhood was excellently fortunate and content. At age of 6, he moved to Los Angeles but later the family returned to Buckinghamshire.

He studied at the Christian school in Los Angeles and Park Century School. At the age of 14, he was offered an internship at Virgin Records where his mother Sharon worked as a manager for the band The Smashing Pumpkins.

The Osbourne family is very open to the health issues they face. In Jack's case, he became frank about his struggle with alcohol and drugs. He marked 16 years of sobriety in April 2019, telling People: " “It’s a part of my life. I got sober at 17 and … it’s a long time".

He was diagnosed with relapsing-remitting multiple sclerosis (RRMS) when he was 26 in 2012. Given the real obstacles that MS brings, he says he wants to inspire and offer hope that "you can live a great life with MS.”