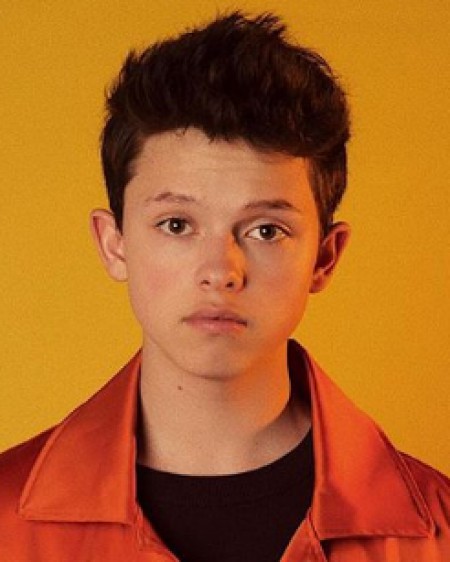 Who is Jacob Sartorius?

Rolf Jacob Sartorius is an American YouTuber and sensational Instagram star known for his comedian vines. He also released his debut single which garnered huge popularity. She has ably garnered as much fame as an Instagram model and pranksters Alex Hayes.

Rolf Jacob was born on October 2, 2002, in Tulsa, Oklahoma. He holds an American nationality and belongs to white ethnicity. He was adopted by his foster parents as his parents could not look after him. He grew up in Reston, Virginia.

Sartorius got into music at the tender age of 7. He sang during his early age which brought him unwanted confrontation. He faced bullies during the early days. Further, he has an older sister named Caroline.

Jacob got into prominence due to his lip-syncing videos. Alongside, he also posted funny vines on his YouTube page. He released his first single Sweatshirt which garnered 90th position on the Billboard Hot 100. He has managed to step a foot in the limelight through his talents.

This musical artist Jacob Sartorius has not opened much about his personal life. Reportedly, he has records of dating some beautiful girls in the past.

Sartorius dated actress Millie Bobby Brown for over a period of six months till late 2017. The love birds did not disclose about their break up to the public. However, the handsome boy has already found his lady love. He is dating her and is not available to anyone except his girl. He is bonded in a romantic relationship with Instagram celebrity star Ivey Meeks.

Sartorius and Meeks are in an open relationship. One can skim Ivey Meek's Instagram to find the intimate relationship between the boyfriend and girlfriend.

The duo has created a sensation among followers by featuring each other in their songs and vines. They even went for a short tour recently. The sweet pair is madly in love with each other.

Jacob is 17 years of age. He stands at a height of over 165 cm and weighs over 48kg. He possess a slim figure. Jacob has brown hair and his eye color is hazel brown.

Sartorius summed a huge amount of over $500,000 as net worth. He also garners a good remuneration from his singing career. Alike Candy Godiva, he has also amassed a decent wealth from YouTube.

Likewise, he has garners a good amount of endorsements money from various brands. Meanwhile, he also runs his own outfit chain. Further, he owns some of the flashiest gadgets including the latest phones, cameras and other electronic items which has an expensive price in the market.

Sartorius owns a collection of sports cars including Jaguar and BMW Series. He spends quite a cash in order to maintain a lavish lifestyle touring all over the world.