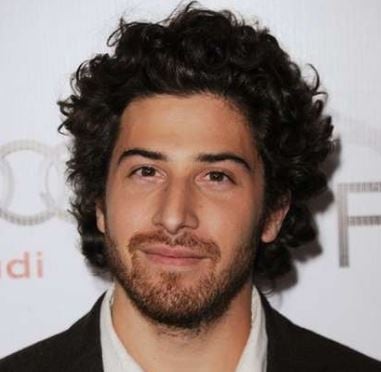 American actor, director, and writer, Jake Hoffman is famous for his versatile roles in numerous movies and TV series. The Wolf of Wall Street, Otherhood, and The Irishman are some of his famous hit movies from which he gathered a huge amount of media attention and fan following.

Jack is the son of actor Dustin Hoffman and businesswoman mother, Lisa Hoffman. He was born in Los Angeles County, California, on 20th March 1981 and belonged to Jewish background.

From NYU Film School, he gets graduated and started directing music videos and short films. In a very short period of time, he gained massive media attention and made his feature film directorial debut from Asthma, which was released in 2014.

Is Jake Hoffman dating anyone?

The thirty-nine-year-old actor, Jake is very possessive regarding his personal. He is rarely seen in public places, and very less information is placed regarding him. Though he has been in many relationships in the past, however, none of them has been highlighted in the frame.

Since he hasn't been in any sort of relationship as of now, his relationship status is marked as single. Maybe the versatile personality is quite busy in his wonderful career rather than involving in any relationship mark. Further, he loves to spend his quality time with his friends and family. He is often seen traveling various places with his mate in his leisure time.

Past affairs and the relationship of Jake Hoff Man

The handsome hunk of Hollywood is loved by everyone due to his outstanding look and great personality. Though he isn't any sort of relationship as of now previously, he was found kissing his girlfriend in NYC back in 2012.

Some of the sources have revealed that the women were actress Sienna Miller. However, there are no extended rumors and news regarding the ex-couple. Back in 1998, he dated American actress, Kirsten Dunst which also ended up within a certain period of time. Similarly, he was also rumored to be dating Katharina Damm, which none of the party spoke about it.

Jake's father, Dustin Hoffman, is one of the legendary American actors and filmmakers of Hollywood. He has been in his career highlight from 1960 till today. He is the two time Academy Awards, two times Emmy Awards and six Golden Globe Awards winner and has bagged numerous accolades into his account.

Dustin and Lisa Gottsegen mother of Jake married back in October 1980 within an intimate ceremony. As of now, the pair are married for almost four decades and is very much happy with one another.

Prior to marrying Lisa, Dustin was previously married to American actress, Anne Byrne. The two exchanged their nuptial knots on May 1969. After enjoying marital life for over one decade, they got finally separated. The couple officially divorced in 1980. As of now, Dustin is happily married to his wife, while Byrne exchanged her wedding vows to Ivan Kronefeld in 1980.

On the other hand, his sister, Rebecca Hoffman, is living a single life.

The talented actor and director, Jake have an impressive net worth of over $5 Million. Which he accumulated through his outstanding career by engaging in various projects. During his career duration, he has starred in many movies and TV series.

Further, talking about his father, Dustin, he has a net worth of $50 Million, according to Celebrity Net Worth. As of now, the star director and actor, Jake is living a lavish lifestyle in a luxurious way.