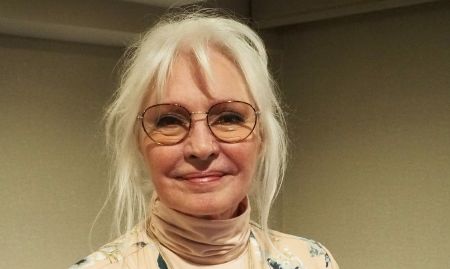 American-Brazilian actress Jennifer O'Neill is popular for her portrayal of Dorothy in the romantic drama movie, Summer of '42. She is also best known for her debut role, Shasta Delany, in the adventurous, romantic war film, Rio Lobo, for which she earned huge recognition and honors.

O'Neill was born as Jennifer Lee O'Neill on 20th February 1948 in Rio de Janeiro, Brazil, and hails from mixed ethnicity (Irish-Spanish-English). She is the daughter of Oscar O'Neill (father) and Irene O'Neill (mother). To know more about O'Neill's personal life, read the article till the end.

The 71-year-old, Jennifer, and her current husband, Mervin Sidney Louque, Jr. are enjoying the most beautiful moments in their blissful marital life. The two exchanged their wedding vows in a private ceremony initiated in 1996.

Over the decades, the couple is carrying their marriage more strongly with love and respect. The pair recently celebrated their 24th marital anniversary in 2020, and currently lives in Nashville, Tennessee.

Summer of '42 actress, Rossiter faced several ups and downs, successes and failures, in her whole life, including tragedies in marriages due to divorces. She has linked with many high-profile celebrities for several years.

O'Neill was married eight times and became the mother of three children, including nine miscarriages and one abortion, which is described in the following sections.

Scanners actress, O'Neill was married to her first husband, Dean Rossiterwhen she was only 16 years old. The pair nuptial was an intimate ceremony held in 1965 between their close relatives.

Following their wedding ceremony, Jennifer and Dean expected a baby at the end of 1966. The couple later became the parents of a daughter, Aimee Rossiter, on 26th April 1967.

After the birth of Aimee, Jennifer started facing mental stress and underwent an electroshock therapy into a mental hospital for a year. During that time, she was pregnant again, but they aborted their second child. They later divorced in 1971, and Jennifer took the responsibility of their daughter, Rossiter.

The former model, Jennifer, was married to her second spouse, Joseph Koster, who is a former advertising executive, novelist, and scholar of Eastern philosophy. The two married secretly in 1972.

All the things were going all right in their marital union, but something happened changed their relationship's path. The couple later divorced by the end of 1974.

The motivational speaker, O'Neill, got married to her producer and choreographer of Chippendale dance group, Nick De Noia, in 1975. The duo enjoyed the most joyful moments of their lives while maintaining a blissful bond in their marriage.

The couple, however, ended their marital union due to some misunderstandings in 1976. Unfortunately, Nick was shot dead by a large-caliber handgun in April 1987 just 11 years after their divorce.

Tied the Knot with Jeff Barry

The CoverGirl cosmetics model, Jennifer committed to her fourth husband, Jeff Barry, who is an American songwriter. The duo walked down the aisle in a private nuptial held on 3rd June 1978.

After their wedding, the couple separated due to a lack of intimacy and filed for divorce in 1979. Following this, the registered court concluded their divorce with a settlement agreement on 26th June 1978.

American activist, Jennifer was married to her fifth husband, John Lederer, who is her former her manager. More to that, the couple exchanged their wedding vows in 1979.

At the time of the marriage, Lederer sexually abused O'Neill's daughter, Aimee for three to four times a week. Fortunately, Jennifer found him guilty for his conviction and divorced after four years in 1983. Upon their divorce, O'Neill took the responsibility of their son, Reis Michael Lederer (born in 1981).

Walked Down the Aisle with Neil L. Bonin

The horse trainer, O'Neill, and an actor, Neil L. Bonin, united as husband and wife on 9th December 1992 in Travis, Texas. During their marriage, Neil was 11 years younger than Jennifer, who was 44 years at the time.

Just five months later, the pair annulled their marriage in May 1993 due to Nei's fraud that put a black mark in their relationship. They then finalized their divorce on 7th May 1993, due to some disputes.

Jennifer O'Neill was married to her limo driver, Richard A. Alan twicely before she went on a blind date with him in 1984. After dating for two years, the duo married on 13th July 1986.

The couple eventually divorced on 18th January 1989, after staying married for two years. The cause of their divorce was Richard's unfaithfulness with O'Neill, which later let them to separation.

O'Neill and Richard patch up again in 1993 and secretly remarried on 9th December 1993. Nonetheless, they again filed for divorce after finding Richard's extramarital affairs with prostitutes in 1996. The duo later divorced with taking the custody of their 9-year-old son, Cooper Alan (born on 8th March 1987).

Once Engaged with Elliott Gould

Rio Lobo star cast, O'Neill was in a relationship with an Oscar-nominated actor, Elliott Gould, who recently completed a movie, Windfall. The duo met for the first time in 1974 and shortly started dating after a while.

After dating for few months, the duo decided to marry and got engaged in the same year. But, their engagement was later called off because of some personal problems that arose in their relationship in 1974.

Survived from an Accidental Gunshot

The prize-winning actress, Jennifer suffered a gunshot by a chance while she was at her home on McClain Street in Bedford, NY on 23rd October 1982. After the gunshot, police officers immediately arrived at her house to make a report about O'Neill's incident.

NYTimes reported that Police said O'Neill was shot with a .38 caliber revolver in her abdomen while she was trying to know whether the gun was loaded or not at her French-style estate located in New York.

At the time of the incident, two other people were also in her house, who later recognized as her relatives. Then, Thomas Rothwell, a detective sergeant, said that it was a case where O'Neill didn't have much knowledge about guns.

Check out the speech of Jennifer O'Neill about her story

Two years later, Jennifer also faced an accidental gunshot incident while working on the set of Cover Up with Jon-Erik Hexum on 12th October 1984. But this time, Hexum was the victim of the case who eventually triggered a loaded blank cartridge gun that caused him a fatal wound.

Six days later, after the incident, Hexum died due to the effects of expanding powder gasses, which gave him extreme damages on 18th October 1984. He was then buried at Grandview Crematory in Glendale, California, and his ashes were scattered in the Pacific Ocean, near Malibu, CA.

Sued Lady Gaga for Treating Her as a Slave

The nine times a married woman, O'Neill filed a case against Lady Gaga for treating her as a slave after serving as her assistant for three and a half years. It was also proclaimed that Gaga hasn't paid $400,000 for O'Neill, according to the police report.

The conflict between O'Neill and Gaga started when they were traveling to Paris for her modeling at Thierry Mugler's fashion show in 2011. At the arrival at the airport, Gaga noted there was 20 huge luggage, and there was no helper for her. At the time, Gaga hired O'Neill as her assistant, but she didn't help her to take the bags in her room.

After Gaga went to her room carrying those heavy bags by herself, she was so frustrated towards O'Neill by not taking the bags as she paid her $75,000 annual salary for her care. But, O'Neill later filed a lawsuit against Gaga at the Manhattan federal court for treating her as labor for more than 7,168 overtime, which includes $393,000 loss of damages from 2009 to 2011.

Lastly, Jennifer got the case after Gaga didn't give her emails to the court custody, saying it is personal and private for her, which includes her conversation with O'Neill. The court later settled down a financial fine to Gaga and banned Jennifer from presenting the case files in court.

Jennifer O'Neill's total fortune is $10 Million as of 2020. She earns a decent salary from her profession because she isn't much active in her current filming projects. So, her annual earnings might be below the average income of an American actress, which is $46,693.

The Brazilian-born American actress, O'Neill, purchased a lavish home in Goodlettsville, Tennessee, for $1.5 Million. Her house is placed on 1,456 square feet, which consists of three bedrooms, three bathrooms, a dining hall, and a fully designated kitchen. Likewise, Ashley Judd also resides in the Tennessee area.

As an author, O'Neill wrote her first book, Surviving Myself, on 17th February 1999. The book is about the early success of O'Neill's musical career in Hollywood, which includes her personal experiences.

O'Neill's second book, From Fall to Forgiven: A Spiritual Journey into Wholeness and Healing, received four stars out of five from 7 ratings. In the book, she told the story of an international model who faced eight tragic divorces but later found her genuine relationship after knowing Jesus Christ.

O'Neill wrote and published her another book, "IT'S Complicated" on 28th September 2017, which is listed at $19.95. Her other books are Faith Lessons, A Late Spring Frost, and many others. Similar to Jennifer, K Callan also mesmerized the world with her magical words in her notable novels.