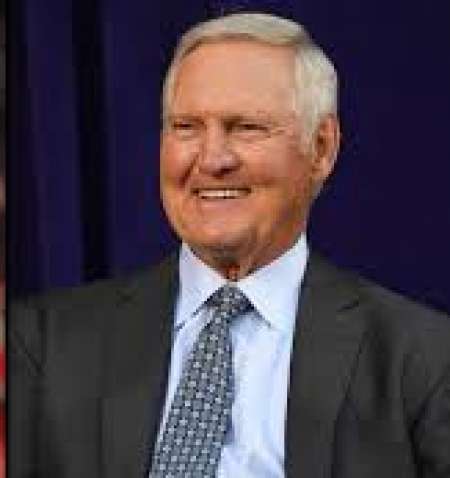 Who is Jerry West?

If one is a basketball fan, Jerry West is someone who cannot be ignored. Jerry has brought a huge recognition to the Los Angeles Lakers through his excellent coaching skills. However, West is a retired American basketball coach from California.

Jerry West was born as Jerry Alan West on May 28, 1938, in Chelyan, West Virginia to a coal mine electrician Howard West and a housewife mother Cecil Sue West. He is the fifth child to a family of six children. Further, West grew up in a poor family and was an aggressive boy in his youth days.

West was involved with hunting and shooting in his childhood days, this also helped him with his career shooting baskets from every angle. Similarly, West attended the East Bank High school where he was involved with the basketball team.

Jerry started as a small forward and established him as the finest player of his generation. While at the University of West Virginia, he tied the NCAA five tournament record of 160 points. Further, West on to draft the 1960 NBA for the Minneapolis Lakers shortly before the team relocated to Los Angeles.

Likewise, Jerry was voted 12 times into the All NBA First and Second Terms. He also holds the record for the highest points per game average in playoff series. Besides having a long span of a career, he retired at the age of 36. He had a contract disagreement with Cooke and reportedly filed a case of unpaid back wages.

Following his retirement, he took the job s a head coach for the Los Angeles Lakers. The team won over six championships rings.

Jerry was married to his college sweetheart Martha Jane Kane on April 1960. The couple had three children David, Mark and Michael West. Unfortunately, the couple could not hold up with their married life.

Unfortunately, the love bird went on to divorce in 1976. Likewise, it was not an end to his relationship status. West met his current wife, Karen West while he was transitioning his career from a player to coach. Karen was just in her college days

Karen met Jerry while she was a cheerleader for her college team. Slowly, the friendship broadened into a relationship. Meanwhile, the couple exchanged the vows in 1978. Besides, the hubby wife shared two kids Ryan West and Jonnie West from their nuptials. As of now, they live a happy married life.

Apart from that, his son Jonnie West recently engaged his longtime time girlfriend Michelle Wie. Wie is an American professional golf player. The couple may soon tie the knot.

Jerry has amassed a huge net worth from his basketball career. He has an estimated asset of over $55 million. As a consultant, he receives a payroll of over $5 million from the Los Angeles Clippers.

Besides Jerry owns a tournament drive, a mansion of over seven-acre with a pool, fountain, ponds and basketball court. Recently, West purchased a $3.5 million exotic mansion. On the other hand, son Jonnie has an asset of over $750,000. Likewise, his daughter in law Michelle Wie has a wealth worth of over $12 million.

Jerry stands tall at a height of over 188 cm. He has a healthy weight of over 84 kg. Similarly, West features blonde hair and his eyes are brown in color.

Jerry is active in social media. He has a good fan base in his Facebook profile, however, West has kept his Instagram profile private.