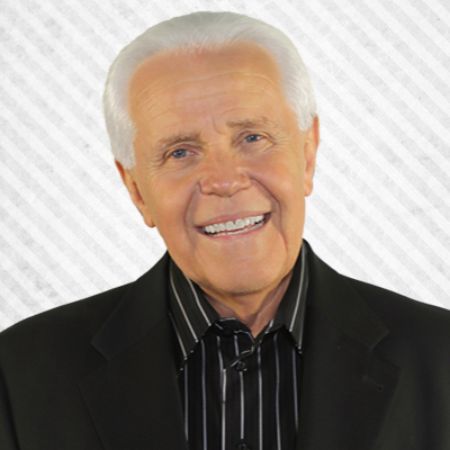 Jesse Duplantis is a well-known preacher from the Christian Evangelical Charismatic tradition in New Orleans, Louisiana, US, and the founder of Jesse Duplantis Ministries. He rose to fame after being preached his first sermon in 1976.

Jesse Duplantis was born on July 9, 1949, in New Orleans, Louisiana. Jesse came to media attention only after his years of hard work and dedication, so much information about his early life and parent's data is not known to the public. Jesse is yet to mention about his academic and education qualification.

Jesse is living a happy life, along with his wife and children in the United States. Jesse is married to his long time girlfriend, Cathy Duplantis. The love birds tied their wedding knot in 1970.

They had been dating for some time before exchanging their wedding vows. Nothing much about their first meeting has been shared with the public.

Father of a Daughter

Jesse Duplantis is the father of a daughter. Jesse welcomed his only daughter, Jodi Duplaintis Waker, soon after the marriage. The exact date of her birth is still not shared with the media.

The family of thee is living a happy life. Jesse is very much supportive of his children. She helps her father in running the empire.

Jesse Duplantis has an estimated net worth of more than $20 Million. He has accumulated most of his net worth through his successful career of working as a preacher for more than four decades.

Along with that, Jesse has been working as a founder of Jesse Duplantis Ministries. He is living a happy life along with his wife and daughter.

Jesse is known to own several luxury houses. He has a Mansion in the Destrehan suburbs of Louisiana. This House is spread in over 35,000 square feet. He also owns another Mansion in Osmond Boulevard.

In addition, Jesse Duplantis is a luxury car lover. He owns a Royce Phantom, which is worth over $350,000. What is more, Jesse is reported to possess a number of Aston Martin and Bentely.

Jesse also owns a Private Jet, with which Duplantis had used to preach the gospel all over the world. In May 2018, national news media outlets accused Duplantis of asking his followers to donate money to him so that he could buy a new $54 million private jet, the Dassault Falcon 7X.

In recognition of his "many years of effectively sharing God's message of salvation through Jesus Christ to the world," Jesse Duplantis was awarded an honorary Doctorate of Divinity degree from Oral Roberts University in 1999.

Duplantis was on the Board of Regents of Oral Roberts University, which awarded him an honorary doctorate. In addition, He is the sole writer of almost dozens of books to date. Alongside his awards, Duplantis avoided paying up to $33,000 a year in taxes for what a house of that value would be taxed.