Jim Cramer's ex-wife Karen Backfisch-Olufsen, Where is she now? 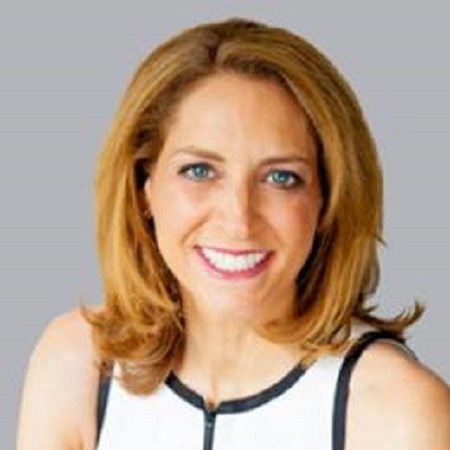 Karen Backfisch-Olufsen is probably not a name you are familiar with. But she is known to be the ex-wife of famous television personality, Jim Cramer, who is the host of Mad Money on CNBC. In addition, he is a former hedge fund manager, author and is a co-founder of TheStreet.com.

Olufsen who graduated from New York State University went on to work at Lehman Brothers. She was an assistant vice president, supporting portfolio managers at Lehman. Besides, she and her divorced partner tied the knot but split their ways in 2009. So, let's take a sneak peek of their divorced life in the following sections.

Karen Backfisch was previously married to her longtime boyfriend, Jim Cramer, who was born on February 10, 1955. The two first met when Karen was working as a trader for Michael Steinhardt’s hedge fund in 1988.

They share two daughters named Emma and Cece Kramer from their failed wedlock. All things, however, slowly went sour between them, and their marriage did not work out. After 21 years of marital bond, the couple officially declared their divorce in 2009.

Karen is one of the Reason Behind Jim's Success

The former couple shared a number of ups and downs together during their marriage. Olufsen is also an important aspect of Cramer's progress. He specifically states in some of his books, such as "Confessions of a Street Addict," that his former spouse helped him manage Cramer when he is over-emotional about stocks.

In addition, the CNBC host almost crashed his fund but they avoided the collapse thanks to Karen's advice and good sense. Cramer once signed a new deal with TheStreet.com, which increased his existing base salary to $1.3 million.

Since the divorce, Karen Backfisch is reported to be living a single lady. So far, she might be busy raising her two beautiful daughters. However, her ex-partner married Lisa Cadette Detwiler on April 18, 2015.

His current wife, Lisa is a real estate broker for Corcoran Group Real Estate in Brooklyn Heights. Her parents are Joan B. Cadette, an economist for J.P. Morgan and Walter M. Cadette, a retired English teacher.

The two walked down the aisle at Liberty Warehouse, a Saturday night event space in Brooklyn. Their first meeting was at a Manhattan bar in 2006 after a mutual friend set up them. A time ago, they both left broken unions and wanted to find someone again.

Soon after, Lisa and Jim began going out together and soon fell in love. They two spent so much time at home watching TV with Lisa's dog during their dating period. Detwiler once said: "I figured that Jim, because of who he is and what he does, is meeting incredible women all the time".

Ms. Detwiler had three children named Charlotte, 23, Grace, and Will, 21, with an mysterious ex-spouse. Unfortunately, her 2-year-old daughter, Grace, died due to cardiomyopathy, a chronic disease of the heart muscle.