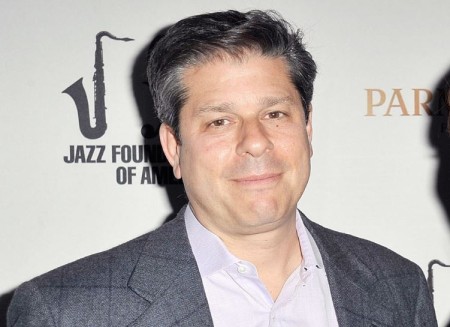 American entrepreneur, Jonathan Steinberg is the founder and CEO of a fund management company, WisdomTree Asset Management. He is also the president of WisdomTree Investment, Inc., a new york-based exchange-traded firm. More to that, his investment company reaches $60 Billion of assets every year.

Steinberg was born as Jonathan Laurence Steinberg on 7th November 1965 in the United States of America. He, moreover, holds American citizenship and hails from white ethnicity. His parents, Barbara Steinberg (mother) and Saul P. Steinberg (father), are the natives of Manhattan, New York. He grew up with his sister, Laura Steinberg, a commercial litigation attorney. Apart from this, Jonathan is a married man.

The 54-year-old entrepreneur, Jonathan, and his wife, Maria Bartiromo, an American journalist are enjoying the most beautiful moments of their marital relationship. The duo walked down the aisle on 13th June 1999, at Jonathan's father's residence in Quogue, NY, which was held as a Jewish ceremony.

At their nuptial, the pair invited a special wedding guest, Rabbi Peter J. Rubinstein, who's a senior rabbi of Central Synagogue. More to that, the bride was four years younger than the groom who was 34 during that time.

After their wedding ceremony, the couple is still maintaining a strong bond in their relationship and celebrates their marriage anniversary on the 13th of June every year. They recently celebrated their 20th wedding anniversary on 13th June 2019.

Back in 2014, the pair went to Arizona for hiking and spent quality time. In May 2015, the couple further said that they have no time to share children because they're workaholics.

Jonathan Steinberg's net worth is $55 Million as of 2019. He currently earns $15 Million per year on average. Back in 1995, he received total earnings of $3 Million and even traded stocks in exchange, which include $1 Billion.

On a similar hand, Jonathan invested his Bar Mitzvah Money in the stock market. Eventually, his stocks started to increase, which helped him to establish a multi-million investment company. As of now, his company carries $60 Billion stocks every year, and Jonathan shares $40,906,930 of public assets.

Just like Laurence, his wife also maintains a whopping net worth of $50 Million and earns $10 Million annually from her journalism work at Fox News. She also received a total wage of $6 Million per year at CNBC News. Likewise, Seema Mody and Sue Herera currently serve and earn a lucrative salary from CNBC News.

Lives in a Lavish Accommodation

Jonathan and his wife are living a standard manner of living in their East 62nd Street, New York City, New York habitation. The two purchased the house at $6.8 Million in August 2004, which is measured on 6,639 square feet.

Their residence consists of five bedrooms, five full and one-half bathrooms. It also features a 39-foot-yard garden in the backyard, a big dining hall for family and relatives.

Steinberg's family possesses a pet dog, Dusty, who is a Maltipoo dog breed. Moreover, Jonathan's wife is fond of sharing their dog's lovely pictures on her social media. Recently, Maria shared a photo while spending a happy weekend with their pet on 7th December 2019, via Instagram.

Working as a Business Tycoon

Before pursuing the field of business, Jonathan started working as a marketing analyst for the Mergers and Acquisitions Department of a carpet cleaning company, Bear, Steam & Company Inc. While there, he struggled in the company for two years from 1986 to 1988.

Steinberg later established a fundraising company, WisdomTree Asset Management, in October 1988 that gave him a life-turning opportunity. During that time, he achieved the opportunity and became one of the leading business persons in the United States. He also runs two financial companies, including WisdomTree Investments, Inc. and WisdomTree Trust, since the period of the 1980s.

Jonathan wrote several other books, including The Deutsche Bank and its gold transactions during the Second World War, Bismarck: A Life, All or Nothing and Tirpitz, and the birth of the German battle fleet.

If You're Fond Of Reading Then, Visit Married Celeb!!! To Explore More Amusing Biographies & Articles