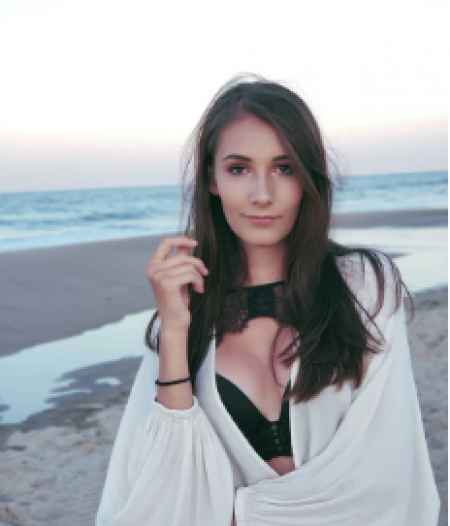 Juliet Evancho is a famous model and actor. Also, she is widely known as the sister of former America's Got Talent star, Jackie Evancho. Juliet portrays alongside her sisters on TLC show Growing Up Evancho.

Juliet was born as Jacob Evancho on May 27, 1998, in Pittsburgh, Pennsylvania to father Michael Evancho and mother Lisa Evancho. Her father ran a video security business until 2010. She comes from a Catholic background. Further, she has two younger sisters Jacqueline and Rachel and a brother Zachery. She is currently residing with her parents and sisters.

Evancho holds an American nationality and belongs to mixed ethnicity. Her father is of Polish, Ukrainian, Slovak, Hungarian origin whereas her mother is of German and Italian descent.

Since the early days, she was fascinated towards toys and makeups rather than outdoor gaming. However, she slowly realized that she was trapped in a male figure. Evancho started opening about it to her parents, conversely, she was taken to the doctor who advised her to suppress the emotional feelings.

The doubt on her sexual orientation brought her to depression, but at the age of eleven, she started opening about her sexuality. Evancho started the transformation with the support of her parents. She began her alteration from male to female assimilation while she was attending her high school. She took a medical leave for her surgery.

Juliet Evancho as an Activist

Her family has been supporting the LGBT community after the transformation and is also proud of their daughter. Since then, Juliet has been an LGBT activist supporting their cause.

The "Bathroom Law" that was introduced under President Donald Trump's administration of using the bathroom of their biological sex instead of preferred gender brought to gender inequality. She and two other students filed a lawsuit against the law lifting the ban in the Pine-Richland School.

She is voracious about the campaign and frequently uses her social media in order to fight discrimination against the LGBT community.

Juliet has not much revealed about her affairs, but she was reportedly dating Deven Paul Grosskinsky. Nothing about their romantic bond is disclosed. However, their love relationship not only started but also ended in shadow.

Currently, she is dating Shaun Michael. She keeps on posting clicks of them together in her social media profile. The love birds bond are going stronger day by day and will supposedly get engaged soon.

What is Juliet Evancho's Net worth.

Juliet is living an affluent lifestyle. As a model and TV show actress, she earns a handsome amount of over 100k to 150k annually.

Moreover, being an activist has helped her secure a challenging career. Likewise, she is involved towards LGBT community helping them raise funds through her shows and performances.

Evancho lives a prosperous life with some of the finest accessories that money can buy. She is seen touring different exotic locations with her squad.