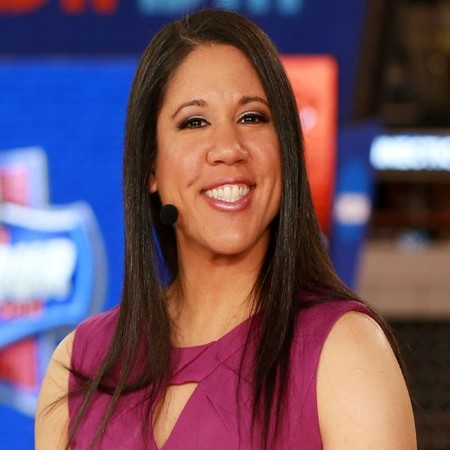 Kara Lawson is a former American professional women's basketball player under the Women's National Basketball Association(WNBA). Besides, she is also a former basketball television analyst for ESPN and the Washington Wizards. However, Kara is currently working as the head coach of the Duke Blue Devils women's basketball team. Besides, Lawson used to work as an assistant coach for the Boston Celtics of the NBA.

The Head Coach of Duke Blue Devils, Kara Lawson was born on February 14, 1981, in Alexandria, Virginia, United States. Moreover, she is the daughter of African-American Kathleen Lawson and William Lawson. Apart, Kara grew up with her sister, Susan Lawson. She holds an American nationality and belongs to African-American ethnicity.

Kara attended Sidwell Friends School during her freshman year. Later, she went to West Springfield High School, where she played on the girls' basketball team, After this, she joined the University of Tennessee and played for the Lady Vols basketball team. Later, she applied to UT's College of Business and completed a bachelor's degree in Finance.

Who Is The Husband of Kara Lawson? Does she share children?

Well, Kara, 39 is a married woman. She is married to her long-time boyfriend turned husband, Damien Barling. Barling is a broadcaster in the Sacramento area for KHTL, a commercial radio. Moreover, the couple met for the first time at Sacramento soon after the monarchs' NBA championship win, where Damien interviewed Lawson on his show following her officially being named as the color analyst.

After the meeting, the couple felt a special attachment between them. Finally, the duo walked down to aisle in April 2008. Besides, the love birds are married for over 12 years but, there is no rumor or controversy of their separation or divorce yet. Apart, they are enjoying a happy moment of their married life together by supporting each other.

On the other hand, we don't have any news about her pregnancy or children yet. Later in the future, we will update on her pregnancy and children so, stay in touch with this article. As of now, Kara is just enjoying her married life with her husband in the USA.

Net Worth & Earning of Kara Lawson

The five feet and nine inches (1.75 m) tall, Kara has earned a hefty amount of net from her career as a basketball player, broadcast sports journalist, and head coach. Moreover, she has an estimated net worth of $1 million which similar to Brian Shactman and Tony Perkins.

Apart, the average salary of the head coach of the women's basketball ranges from $56,328 per year. Besides, she was also the ESPN analyst so, her salary is expected to be $50,000-$60,000. As of now, she is just enjoying her lavish life and healthy life with her husband and family in the USA.

The talented and hardworking, Kara started her basketball career from her high school. Later, she took participate in the 1999 WBCA High School All-America Game. After that, she played basketball at the University of Tennessee under coach Pat Summit. However, her professional career began on April 24, 2003, when she was drafted by the Detroit Shock in the first round during the annual WNBA Draft.

She played at Sacramento Monarchs until 2009 and later joined Connecticut Sun in 2010. Moreover, she was selected to represent the United States Women's national basketball team at the 2008 Summer Olympics in Beijing, China where she won the gold medal. Currently, she served as the head coach of the Duke Blue Devils women's basketball team. Besides, she is also a former basketball television analyst for ESPN and the Washington Wizards.