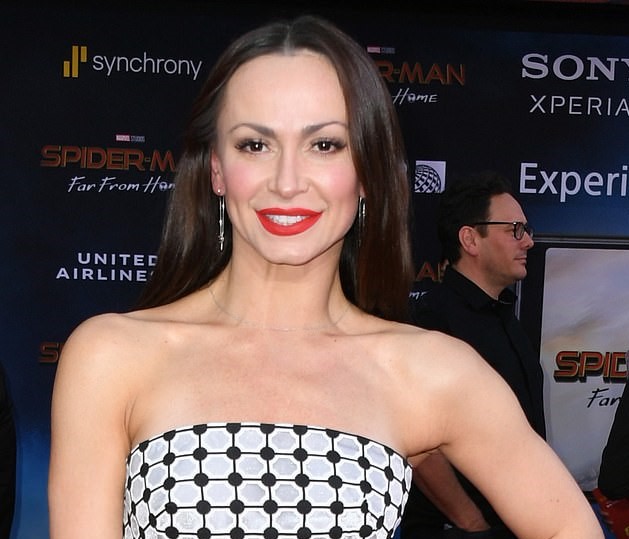 Karina Smirnoff is a Professional Dancer. Karina is known for her shows like Dancing with Stars. She has been part of the show for almost fifteen seasons. She has won several titles in the Dancing Competition all over the world.

Karina Smirnoff was born on January 2, 1978, in Kharkiv, Ukraine. As Karina did not come from a reputed family, Much Information about her early life is still a mystery to the media. Karina has become successful in keeping her personal life away from the presence of media.

Karina Smirnoff prefers not to reveal her Partner's Identity.

Karina Smirnoff is currently in a relationship. However, the name of the person has not been shared with the media. Therefore, Karina is secretly dating her partner. On April 1, 2020, Karina welcomed her first child, a son, Theo Gabriel.

The information about the biological father has not been shared with the media. Karina announced her pregnancy in December 2019, sharing a photo of herself holding up a positive First Response Early Result pregnancy test on Instagram.

Karina revealed that she wants to have a family. She has mentioned disclosing about the biological father in the near future. Karina has been famous for her relationships, along with her successful dancing career.

Karina Smirnoff's relationship history started a long time ago. Karina was first engaged to Maksim Chmerkovskiy in 2009. Much about the engagement is not shared with the media. Maksim is also a famous Ukrainian Ballroom dancer.

As Karina had started dating Brad Penny, Her first engagement short-lived and ended just after nine months. Brad, a well known Baseball Player. The two dated for a year and got engaged in October 2010. This relationship seemed to be going well from outside but was not the same from inside. The two called off their engagement in December 2011.

Karina remained single for some years after this heartbreak with Brad. In January 2015, Karina started dating, another entrepreneur Jason Adelman. In the same month, the two had their engagement.

The two were seen attending various functions and ceremonies together. The fans were shocked to hear that The couple had decided to move apart on March 11, 2015. Both of them took on their social media sites to call of their engagement.

Karina Smirnoff has an estimated net worth of more than $5 Million. She has accumulated most of her net worth through her successful career of working as a dancer. Lilit Avagyan is a famous American dancer with a net worth of $14 Million.

Karina started her dancing career in the mid-1990s. She started dancing with her dancer partner, Roman Nabatov. She has won five U.S National Champion. She is the first female in history to be part of the British Professional Final with three different partners.

Stay Tuned With Us: MarriedCeleb To Know More About Dancers