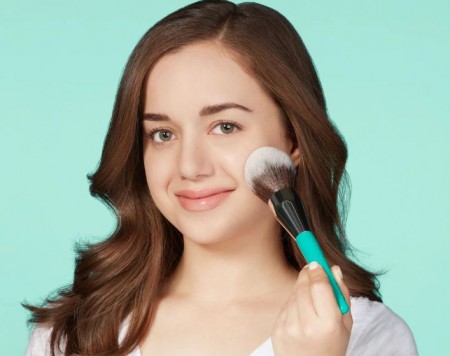 Beauty can mean many things, and over the past few years, refining oneself has become a rapid trend. The billion-dollar cosmetic industry is proof that more people are becoming conscious about their appearance. And, today we are going to talk about the 31-year-old, Karissa Bodnar, a self-made woman who is the founder of "Thrive Causemetics."

With the inclusion on Forbes 2019 list of America's Self Made Women, Bodnar is rising to be the next business tycoon in the makeup industry. She is best recognized as the founder and CEO of Thrive Causemetics, a leading direct-to-consumer makeup company built around philanthropy.

At the present moment, Miss Bodnar is the founder of a multi-million dollar company. But do you know the cosmetic brand is dedicated to her late colleague? Well, Karissa had a friend named Kristy who died of cancer at the age of 24.

During Kristy's treatment, she talked to Karissa about her desire to look like herself again. Kristy began losing her hair, and also her lashes began to fell out. Having being worked in product development, Karissa started experimenting with creating false lashes that stick directly to the eyelid.

By the time Karissa was 26, she had launched a business and made her experiments a full-time career. In conclusion, Thrive Causemetics, a beauty brand was born out of loyal and beautiful friendship. Further, for the honor of her late friend, Karissa  has named one of the styles of falsies named 'The Kristy.'

The beautiful entrepreneur, Miss Bodnar, is currently in a romantic relationship with her longtime boyfriend, Brendan Gardner-Young. The romantic couple found love within each other while they were studying at the University of Washington.

At the University, Brendan was the member of the Athletics team. Previously, he was the deputy program manager at the Boeing Company. On the other hand, Karissa was the product developer for a famous cosmetics company, L'Oreal.

When Bodnar decided to launch her business, many people were negative towards her at the beginning. However, her boyfriend supported the idea and became a part of the founding team. At present, Brendan is the head of technology at Thrive Causemetics.

Talking a little about Bodnar's lover, the Normandy park native, Brendan played baseball as an outfielder. He and Bodnar jointly see the operation of the company.

When people fall in love, the next logical decision is to get married. In the case of Bodnar, she and her partner began dating in 2010. They are living as couples for over nine years as of 2019. Despite being together for so long, it is quite shocking that the lovebirds are still not married. Also, they are yet to reveal any plans for the upcoming marriage.

Th founder and CEO of a luxury make-up company, Karissa Bodnar has a net worth of $275 million. Thanks to the success of her 100% vegan beauty-brand empire. The source of Bodnar's wealth is entirely cosmetics and beauty products. Also, she is one of the richest self-made young women as per Forbes 2019.

Over the past two-three years, Bodnar's products are taking over the make-up market more furiously. According to reports, one of the company's products is sold every eight seconds. Another make-up artist, Anastasia Soare, has a net worth of $1 billion.

The recipients of the massive donation include organizations such as RAINN, Upward Bound House, and Share Cancer Support.

This is the brand's second multi-million dollar product donation announcement in two weeks. The earlier announcement on June 26, 2019, celebrated a $10 million production donation, totaling a collective donation of $40 million to nonprofit organizations.