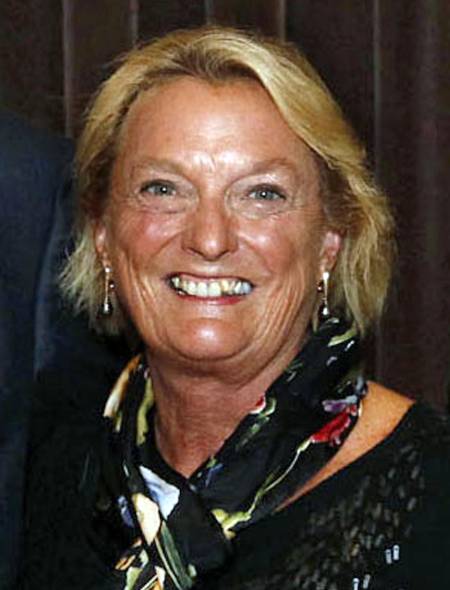 Some people come to limelight after years of hard work, and dedication pays off in their careers. On the other hand, several personalities rise to fame after marrying a reputed person. Katherine Ann Berman shares a similar story.

Katherine Ann Berman was born in 1950. The exact birth date of Katherine is still under investigation. She is among the eldest child born to Stanely Alexinski and his wife, Alice. Katherine Alexinski was a graduate of Waterbury's Wilby High School.

Katherine passed away on May 10, 2017. Katherine Berman was driving drunk when she crashed into the back of another vehicle, killing the other driver.

As per sources, The two-car accident that occurred at about 2:15 p.m. EDT on Route 64 in the western Connecticut town of Woodbury. According to the Berman family, the news of her death shook the ESPN community and drew "an outpouring of love and sympathy" from around the sports world.

Berman was pronounced dead at the scene, and Bertulis died at Waterbury Hospital. Berman's death was attributed to traumatic injuries and drowning after her car went down an embankment, overturned and ended up in an area of water.

Ann was living a happy married life, along with her husband and her children. Katherine was married to Chris Berman in 1983. They had a private wedding ceremony. At the time of her wedding, Katherine was a fourth-grade teacher in Waterbury.

Ann had two sons, Meredith and Doug, from her marriage. Both of them tried their best to keep their children away from the presence of the media. This happy looking family never remained the same after the death of Ann in 2017.

Net Worth At Time Of Death

Katherine had worked as a primary teacher for most of her career. Katherine had an estimated net worth of more than $1 Million at the time of her death. She worked at Waterbury public schools from 1972 to 1987, teaching fourth grade at Chase Elementary School and later, first grade at Rotella Elementary School.

She also spent more than 20 years sharing literacy in underprivileged communities as a board member and president of the Literacy Volunteers of Greater Waterbury. Her involvement spanned the organization, from fundraising to reading picture books to children.

Chris Berman has an estimated net worth of more than $20 Million. He credits most of his net worth to his four decades-long careers as a journalist and a sports podcaster. He has also anchored Monday Night Countdown, U.S. Open golf, the Stanley Cup Finals, and another ESPN and ABC Sports program.

Berman's net worth will continue to grow as long as he keeps working at ESPN, semi-retired, or otherwise. Berman calls play-by-play of select Major League Baseball games for ESPN, which included the Home Run Derby until 2016. Berman still has an annual salary of $5 Million.