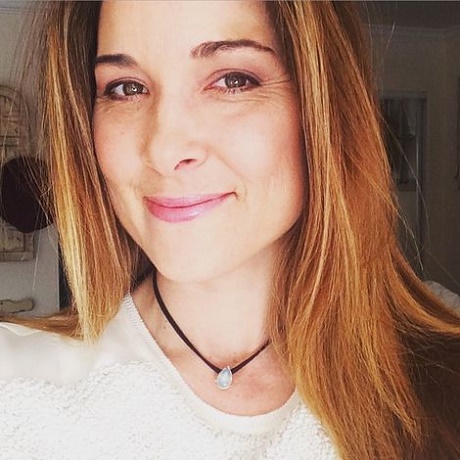 Kenda Benward is an American actress, director, and acting coach who is widely popular for her appearance in movies Bedlam (2002), Ray (2004), and Adrenaline (2007). In addition, she is the mother of renowned actor and singer, Luke Benward.

The beautiful and gorgeous actress Kenda Benward is already taken. She is happily married to her husband, Aaron Benward. Actress, Kenda and musician, Aaron united as a life partner on 8th May 1994 in the United States.

Kenda and Aaron first met each other in San Jose, California, in late 1980s and tied the knot after dating for around 5 years.

The Adrenaline actress and the Christian Contemporary Music singer are together for more than three decades and are enjoying their marital relationship for more than 25 years.

Kenda's husband Aaron is a musician, actor, and producer who is best known for his several #1 singles in the Christian Contemporary Music scene.

On 12th May 1995, Kenda gave birth to her first child a son, Luke Benward. Their son, Luke is an American actor and singer is well known for his role as Bo in the Netflix film Dumplin.

Their second daughter Gracie was born on 21 February 1998 and the couple was blessed with their youngest child, a daughter Ella on 12 October 2000. As of now, the family of five resides in Franklin, Tennessee.

Net Worth in 6-Digit Figure

The talented actress and acting coach, Kenda Benward is moderately active in Film industry and has starred in over 15 movies. Likewise, she has also directed a short video entitled Luke Benward: Everyday Hero. Through her rising career, she has collected an estimated net worth of $300 thousand as of 2019.

Correspondingly, her husband Aaron, as a singer-songwriter and actor, has a net worth about $1 million and earns well through his production company and albums.

Not to mention, Kenda's son Luke Benward is an American actor and singer who has a net worth of $2 million as of 2019. In addition, Luke has starred in many notable movies such as We Were Soldiers, Because of Winn-Dixie, Dear John, Life of the Party. His American War movie We Were Soldiers earned $114.7 million against the budget of $75 million.

Kenda Benward is an actress, acting coach, and model. She has appeared in several films and TV series including Adrenaline, Dadnapped and Bedlam. Benward also played a jealous, murdering wife in CSI in 2015.

Benward  has coached many celebrities such as Olivia Holt, Miley Cyrus, Kimberly Williams-Paisley, and her own child, Luke Benward. In addition, she also worked as the on-set acting coach for C.J Sanders in the Oscar-winning film Ray.

Follow Marriedceleb to stay updated with your favorite star articles!!!