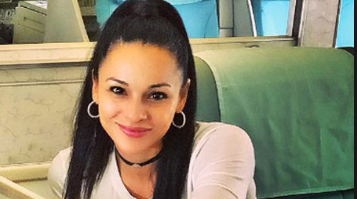 There are thousands of people who grab the limelight with the help of their respective partners. So, here, today the article is about a similar celebrity, Kim Marie Kessler, who received wide fame due to her husband. The star is the wife of American professional wrestler and actor, Randy Orton.

Kim Marie Kessler was born in the United States of America as per wiki. Kessler holds an American nationality. There is not much information about her early life and her parents. She tied the knot with WWE champion in 2015. Let's explore more about her personal life and marital status.

As mentioned before, Kim Marie Kessler is married to Randy Orton. She grabbed the spotlight after she became romantically involved with wrestler and actor Orton. As per Heavy, Kessler was a WWE viewer and a big fan of Randy Orton before she met him and long before he became her love interest.

Before the meeting, Randy Orton was with Samantha Speno. Similarly, Kim was also married before starting an affair with Orton. She even has three boys from her previous marriage.

After splitting from her first husband, Kim and Randy began dating in 2012. Eventually, Orton proposed to Kim in July 2015, and she said yes. Orton popped the question while they were on vacation in Bora. During the time, they were having a romantic candlelit dinner. Isn't it romantic?

Kim later explained that Orton had hidden the ring under a napkin and planned to propose while they were dancing. Further, the grand wedding ceremony took place four months later in Las Vegas, Nevada, on November 14, 2015.

Months after their marriage, Kim gave birth to a daughter named Brooklyn Rose Orton on November 22, 2016. She has never been dragged into any rumors and controversies to date.

Kessler shares $11 million net worth with her wrestler spouse, Randy. He makes money from his career as a wrestler. Moreover, the star earns a salary of $3 million per year.

Back in 2010, Orton signed a contract of $30 million as per Dave Meltzer, American journalist. As per sources, his contract with WWE will expire in the summer of 2020.

Apart from his earnings, he owns a house in Saint Charles, Missouri. With all this income, he is living a lavish life.

For more detail on Celebrity Wife, stay on Married Celeb!!!