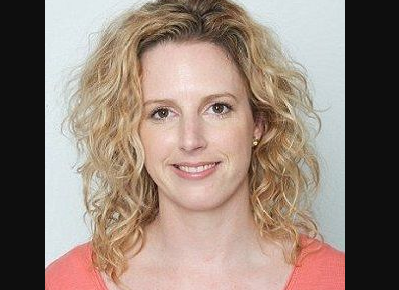 Who is Kristina Sunshine?

Fame comes in a different forms, as some people struggle all their lives and gets the stardom whereas a few taste the stardom even without trying. Today we will be talking about Kristina Sunshine Jung, who is popular as a daughter of a famous drug smuggler, George Jung. Here is all the information about Jung's bio, wiki, net worth, parents and so on. If you want to know more about her stay tuned with Married celeb.

Kristina Sunshine Jung was born on August 1, 1978, in the USA. Unlike any other children, Kristina's childhood was full of struggle and hardship. Both of her parents were involved in drugs abuse and smuggling. Her father, George was a drug addict who smuggled a huge amount of cocaine into the US.

The story of her mother isn't any different as Mirtha Jung, was also a drug addict. However, Mirtha stopped using drugs in 1981 when Kristina was around 3 years old. Then in 1984, Kristina’s parents divorced each other.

There is not much information about her educational background. As for siblings, she has a step-sister named Clara Pearson.

Kristina was just a normal American until the release of a movie named Blow based on her father's story Johnny Depp played the role of her father.

The movie shows an unhappy ending where George Jung's character as an old man in prison imagines that his daughter finally comes to visit him, so from that moment, people have shown interest in Jung's life.

Though Jung has had a rough childhood, she has been able to build a decent life for herself. Kristina Sunshine Jung is now married to a good man, Roman Karan. He is a very loving and understanding husband as per Kristina.

They say people with difficult and traumatic childhood are likely to continue the cycle with their children as well but Kristina isn't on the self destructive path.

As far as we know, that hasn’t been the case with Kristina Sunshine Jung who has managed to break the cycle of abuse and raise a beautiful daughter, Athena Romina Karan in a very good environment with her husband in California.

The details about how the couple met and how they fell in love are not available on the internet, yet we can surely say the duo are totally in love with each other despite having a rough childhood.

Though the movie released in 2001 says that Kristina never visited her father in prison, but as per many sites including TMZ, the long saperated father and daughter reportedly connected in 2015 and after Jung's release, they finally met.

Kristina is not only doing great with her love life but she is also doing pretty well in career from a financial stand point. Jung is currently an entrepreneur and runs BG apparel and merchandise.

Through the business, she is able to build a modest net worth of $150,000. Her assets are sure to get huge in coming days as her business is going strong.

Her properties are also aided by her husband's salary and net worth. Although Kristina earns a huge deal of money, she is yet to share her father's heritage. George in his youth literally made $250 thousand a week and though it's not known how much his net worth is he is one of the few richest drug traffickers in America with an expected net worth of around $100 Million.