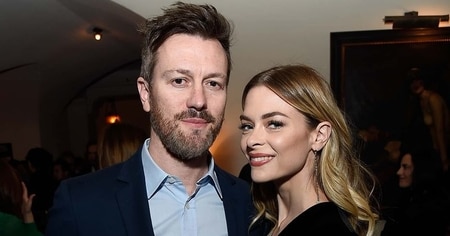 Kyle Newman's wife of 12 years Jaime King filed for divorce against her estranged husband in Los Angeles. Not just that, King also filed for domestic violence prevention petition against her spouse.

Director Kyle Newman's spokesperson said that Newman is deeply saddened by Jaime's divorce filing based solely on false claims without providing him any opportunity to respond. The spokesperson, furthermore, said,

"He was extremely pleased that the judge nevertheless permitted their children to remain in his care. As Kyle continues to solo parent, as he has done throughout this pandemic, he remains entirely focused on putting the children's stability and welfare first."

Newman wished Jaime all the best for her to find the peace and help she need while wishing the best for his whole family. Even though the judge permitted the children to stay with Kyle, the court has granted a temporary restraining order against Newman.

According to People Magazine, a judge also approved the order to be held until a hearing on June 8. So after the hearing about the case, much more details will be clearer on the estranged relationship between the couple.

Before the news, Jaime also shared a sweet tribute to their children during mother's day while Kyle remained publicly mum on the Mother's Day. Not just that, even on Jaime's birthday, Newman shared photos with his children who are spending time together during isolation.

The duo first locked eyes with each other on the set of the film Fanboys. After dating for some time, the pair exchanged wedding vows in 2007 at the Greystone Park and Manor in Los Angeles. Talking to Instyle Weddings, Jaime said,

"I don't know why, but some part of me was instantly connected to him, and I loved him so much. It was intense. I never thought that would happen to me."