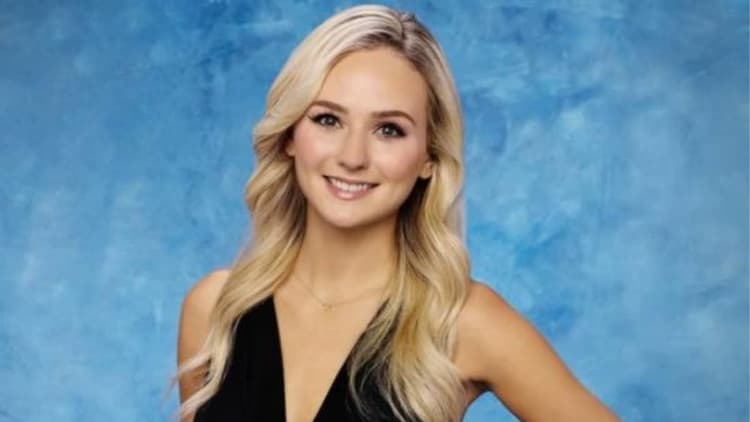 Lauren Bushnell is a well-known reality show actress. Lauren came to limelight after appearing in the famous reality show, The Bachelor in its season 20, 2016. More to that, She was the winner of the Show.

Lauren Bushnell was born on February 2, 1990, in West Linn, Oregon. Lauren is among the four children born to David Bushnell and his wife, Kristin Reason Bushnell. She has a sister, Mollie, and two brothers, Brett and Bryant. She graduated from Whitworth University with a degree of Business management.

Lauren Bushnell is currently living a happy and blissful married life along with her husband. Lauren tied her knot with famous American Singer, Chris Lane, on October 25, 2019, in Nashville.

They had been dating each other for some time before tying the knots. They had engaged on June 16, 2019. They first met in 2018 and fell in love with each other.

Lauren Bushnell exchanged her wedding vows in a memorable and lucrative way. As per the report published by People, Lane wore a custom black tuxedo created by Nashville designer Olia Zavozina, who fashioned the couture for the entire wedding party.

This was the first time that the 34-year-old Lane wore a bow tie, and he embraced the formal style.

About 160 family members and friends attended the wedding ceremony at the event venue 14TENN, and they stood to watch Bushnell's father walk the bride down the aisle. Bushnell's Sarah Flint pumps were handmade in Italy and stamped with the couple's wedding date.

Her wedding band was studded with pave diamonds, and her engagement ring featured a 3.5-carat emerald-cut diamond.

Although Lauren is currently married, however, she has been in some famous relationships prior to tying her knot with Chris. Lauren was first engaged to her show partner, Ben Higgins, in March 2016.

However, this engagement did not last long and ended in May 2017. The reason they call of their engagement has not been shared with the media. After this heartbreak, Lauren soon started dating, Chris and Ben also engaged to his girlfriend, Jessica Clarke.

Net worth and Earning of Lauren Bushnell

Lauren Bushnell has a net worth of $1 Million. She has been earning much of her revenue through her successful career of working as a flight attendant and a social media influencer.

Jade Roper is another American model and actress who was part of The Bachelor; Season 19 has a fortune of $1 Million.

Lauren must have earned more than $200,000 as of the prize money for the show, The Bachelor. She has a huge fan following in her social media sites. She has over a million followers in her Instagram account as of April 2020.

In addition, Lauren's Husband, Chris Lane, has accumulated a hefty sum of $2 Million which is similar to Geoff Cutmore.  He has been singing for almost a decade. He is early in his career.so, and he will be earning much more in upcoming days.