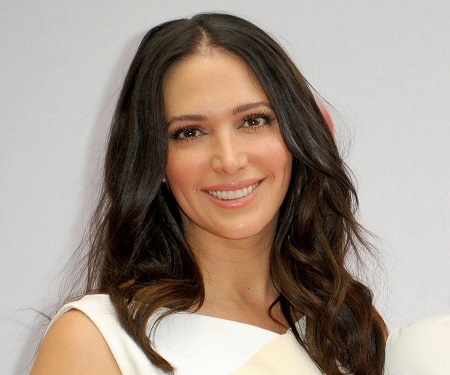 New York-based Socialite, Lauren Silverman received worldwide recognition when she started a love affair with English producer and talent show judge, Simon Cowell. He is known for his works including American Idol (2002–2010), The X Factor (2011–2013), and America's Got Talent (2016–present).

Lauren was born on January 1, 1977, in Florida, United States as Lauren Davies. She is the eldest daughter of Steven Davies and Carole Eisenberg. She has one younger sister named Nicole Davies. So far, she holds American citizenship and is of white ethnicity.

43, Silverman, and her long term partner, Simon, 60, allegedly began dating privately in 2013. During that time, she was still married to Simon's good friend of her husband. She was introduced to Simon by Andrew, at the Sandy Lane Resort, Barbados in 2006.

Following their first meeting, Lauren, 1.69 m tall and her now ex-partner Andrewoften holidayed together with host Cowell. Later, she became pregnant with Simon when she was still wedded to her now estranged husband, Silverman, a banker.

After Lauren's divorce from Silverman in 2013, they welcomed their son, Eric Cowell, on Valentines' day of 2014. Now, Silverman and Simon are so much in love together despite their 17 years of the age gap.

Her Divorce From Andrew Silverman

Yes, Lauren and Andrew are no more together. They started dating in their early 20s. Then they went to marry in 2003 in the hush wedding ceremony in front of their loved ones.

Three years later, Mrs. and Mr. Silverman gave birth to their son, Adam Silverman in 2006. But unexpectedly due to Adam's busy schedule and his constant traveling jobs, their relationship became sour.  At the same time, Lauren got a chance to get closer to Cowell, a friend of Andrew.

When Andrew found them having a love affair for a year, he filed in New York Civil Court for an at-fault divorce citing adultery as the main reason. The divorce papers claimed that Lauren was responsible for the divorce from her extramarital affair with Cowell.

But two weeks later news of their split came out public when it was widely announced that Silverman is expecting a baby with Simon. They finalized their divorce on 4 December 2013 with a $2 million payout to Lauren.

Both have finally agreed to share their son's legal as well as physical custody. Since their heated divorce, Adam, 14, has been staying with his father in Manhattan.

How Much is Lauren Silverman's Net Worth?

Lauren Silverman is an American socialite who has a staggering net worth of $10 million as of 2020. She has earned her fortune as a socialite and as well as from her wealthy family background.

Meanwhile, her new partner, Simon Cowell is regarded as one of the most successful media personalities in both the music and TV industry. Today, his net value is over $600 million. Further, he makes the amount of $50 to $100 million from his many endeavors.

On the other hand, her former husband, Andrew Silverman's worth is roughly $30 million. He credits his wealth to his professional career as a businessman, entrepreneur, and real estate developer.