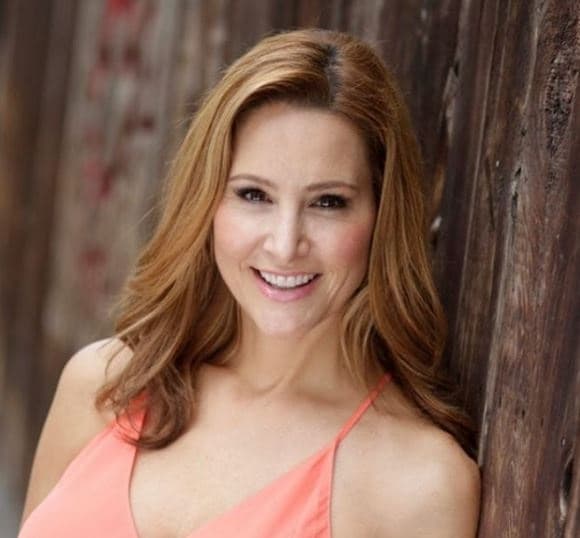 Lea Gabrielle is an American journalist who served as an intelligence officer and naval combat aviator for twelve years in the United States Navy. As a civilian, she worked as a general assignment reporter for Shepard Smith Reporting as well as journalist and correspondent for the Fox News Channel.

Ex combat naval aviator, Lea was born on March 19, 1975, in Alexandria, Virginia as Lea Gabrielle Potts. She announced that she would join the U.S Department of State's Global Engagement Center performing task with countering propaganda from foreign actors on February 7, 2019.

The beautiful and gorgeous Lea almost keeps her personal life very much private. By looking through her day to day life, it has been confirmed that she is dating someone. However, she hasn't revealed anything regarding her mysterious boyfriend to date.

In 2016, her tweet went viral when she uploaded her photo with a gift given by her boyfriend. Moreover in 2018, she was found wishing her partner a Happy Valentine's day. Well, it seems like the 44 years old beauty has found her love once again.

Gabrielle has been previously married, and it is believed that she found her love life, Greg Sutton while she was serving the US Navy. Greg was also the Naval officer at that time period. After dating for years, the couple decided to exchange wedding vows in 2004.

She even became a military reporter for KNSD-TV using her ex-husband's surname, Lea Sutton. Though the cuteness of their closeness lasted only for some years, within a decade their relationship came to an end.

Despite the unrevealed date and reason for the separation, the truth is that she is not together with her husband anymore.

The net worth of Lea Gabrielle

Lea has estimated fortune of $2 Million, however, it hasn't been officially confirmed yet, but without a doubt, it is somehow in the same range. The talented personality has been engaged in various fields throughout her career.

As a Navy Naval Aviator, she used to earn more than $120,000 annually. During her twelve years long service to the Navy, she has surely bagged a good amount of fortune because she is a very good example of hardworking and dedication. A well-known politician, Pete Buttigieg is also a former US Navy Army.

Lea attended Mount Vernon High School in Fairfax Country, Virginia where she was named as a finalist in the Westinghouse Science Talent Search. In 1997 she graduated from the United States Naval Academy earning a bachelor of science in mechanical engineering.

After graduation, she attended the U.S Navy Flight School and earned her Naval Aviator Wings. She also qualified with an instrument rating and as a commercial pilot. Then-after she served in the United States Navy for twelve straight years and was a naval aviator of the single-seat F/A-18 "Hornet" with combat deployment from USS George Washington.

Later she served as an intelligence operations officer during Enduring Freedom and also served as a defense foreign liaison officer. And here she is now working as a journalist and correspondent of the Fox News Channel in New York City after twelve years of military service.