Home news Leave It to Beaver, Ken Osmond Passed Away at 76!

Leave It to Beaver, Ken Osmond Passed Away at 76! 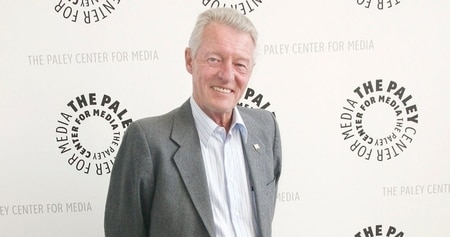 The troublemaker Eddie Haskell from Leave it to Beaver, Ken Osmond recently passed away at his Los Angeles home at the age of 76.

At the time of his death, the actor was surrounded by his family members. The cause of death is not known at this point but his former Los Angeles Police Department partner Henry Lane says, he suffered from respiratory issues.

"He was an incredibly kind and wonderful father. He had his family gathered around him when he passed. He was loved and will be very missed."

Watch the trailer for the 1997 movie Leave It to Beaver!!!

Besides his Beaver roles, Osmond featured in movies like So Big, 'Good Morning, Miss Dove', Everything but the Truth, and many more. In 1970, the actor joined the Los Angeles Police Department and retired in 1988 because he was put on disability.

Ken was shot during a car chase with a suspected thief in 1980 but he was saved by his bulletproof vest. The actor at the time of his death is survived by his wife Sandra Osmond and his two sons, Christian and Eric.

Many paid their tribute to the actor including his lifelong friend Jerry Mathers. He tweeted,

"I will greatly miss my lifelong friend Ken Osmond who I have known for over 63 years. I have always said that he was the best actor on our show because in real life his personality was so opposite of the character that he so brilliantly portrayed. RIP dear friend."

His sons also featured with him on his hit series in 1983.