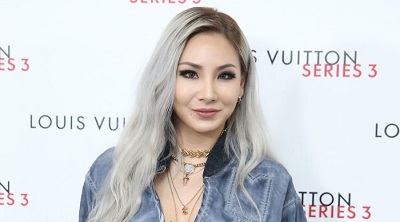 Lee Chae-rin is a famous CL South Korean singer, rapper and songwriter. She is widely recognized as the ex-member of 2NE1, a band with many hit tracks such as I Don't Care, Crush, Baby I Miss You, The Leaders.

Lee Cha-rin was born on 26th February 1991, in Seoul, South Korea. She spent most of her childhood in France and Japan. However, there is no information regarding her early life and family background and education. She is of Asian ethnicity and holds the Korean nationality.

At the young age of thirteen, Lee went to Paris for her studies and returned after two years.

At the age of fifteen Rin began her singing career and auditioned in YG Entertainment. In the year 2007, Lee performed at Seoul Broadcasting system's Gayo Daejeon, as her first performance on stage.

In 2015, Lee released her debut single titled Hello Bitches. Moreover, she also appeared in the movie Miles 22. She gained huge fame after her appearance in the movie.

Is CL Dating Someone Or is She Still Single?

Lee seems to be living her single life to the fullest. However, she is rumored to date the English model Ash Stymest previously.

Chae wishes to keep her personal details private and low key. She might be dating her boyfriend secretly, as it's still a mystery.

CL is rather focused on her career than getting messed up in love affairs. Besides, Chae has a lot of male friends, and she keeps posting on her Instagram account which has more than 7.4 million followers.

How Much Does CL Earn & What's Her Net Worth?

Lee Chae earns a decent amount of money from her career as a singer, songwriter, and actress. Till date, she has released many hit songs, appeared in movies and concerts.

As of 2019, Lee's total net worth is estimated to be more than $8 million. She is living a lavish life with that amount of wealth.

Talented and beautiful singer stands 1.60 meters / 5 feet 3 inches and weighs around 105lbs / 48kg. She has black eyes and blonde hair.