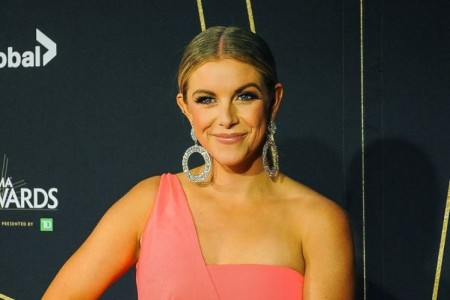 Lindsay Ell is a Canadian award-winning country music singer, songwriter, and guitarist. Her album The Project debuted at No. 1 on the Billboard Country Album Sales chart in 2017. She includes a mixture of rock, blues, and pop in her songs. At present, Lindsay is signed to the US record label Stoney Creek Records.

Lindsay Elizabeth Ell was born on March 20, 1989, in Calgary, Alberta, Canada. She is 31 years old as of 2020. At age 6, Ell started playing the piano, and at 8, she switched to guitar. Lindsay studied business at the University of Calgary and music at the Berklee College of Music.

Is Lindsay Ell dating anyone?

At present, the Worth the Wait singer is not dating and is a single woman. Further, Lindsay hasn't shared whether she has any plans for her wedding. With a growing career, Ell is probably focused on her musical career right now.

In the past, Lindsay was in a romantic relationship with an American radio/tv personality Bobby Bones. They started dating in 2016, but the couple separated in October 2017. Neither party revealed the reason behind the split. Further, Bones didn't want to go public with their relationship as he feared Lindsay's career might face troubles.

Life is hard sometimes…and doesn’t always go the way you want. Love should always win, no matter what. But life isn’t always in our control. This isn’t what I wanted. But thank you for all your love and support over the past few days……you guys make me strong.

Lindsay and Bobby are on good terms even they are no longer a couple now. The 40-year-old Bobby is best known as the host of a nationally syndicated The Bobby Bones Show. He is also an author of two New-York Times Best Seller books. Unlike Ell, Jenna Walker is happily dating her boyfriend.

The rising musician and singer, Lindsay Ell, has a net worth of $500,000 as of 2020. The primary source of her income is purely the music industry. Further, Ell collects a decent sum of money from tours and gigs as well. Lindsay's annual salary ranges somewhere between $45,000-$76,000 per year. Another Canadian singer, Carly Rae Jepsen's net worth is $10 million.

Apart from releasing her own albums, Lindsay has appeared as a featured artist for other singers. She performs in Country festivals and has supported tours with Keith Urban, Luke Bryan, Ronnie Dunn, etc. Besides, Lindsay also has merchandise where she has items ranging from $5-$80.

The country singer is known for her strong stage presence and powerful lyrics. However, Lindsay has survived violent sexual assault two times. She revealed the event of her assault in an emotional new song titled "make you" from her upcoming album, Heart Theory.

Further, Ell said in an interview with People: "I was raped when I was 13, and it happened again when I was 21. The song only talks about the first time. It's just a difficult thing to talk about, and it's something that I process every day still. Pain is something we can let control us if we don't deal with it, but the minute you put a voice to your story, the shame has no power."

Lindsay chose music to overcome her anxiety and depression. Currently, she works with organizations that support sexual assault survivors.

Lindsay has been active in the music industry since 2003. Her work is applauded by her fans all over the world. Also, she has been nominated in several prestigious awards, of which she has won a few.

Watch a song of Lindsay Ell!