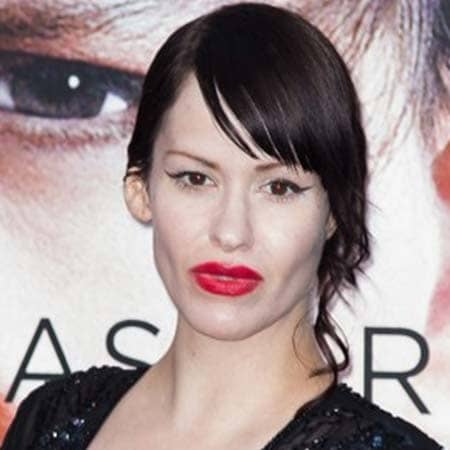 Lindsay Usich is an American commercial model and photographer. She is also known as the girlfriend of Marilyn Manson, a singer, songwriter, actor, record producer, and visual artist.

Usich was born on 2nd October 1984 in Miami, Florida. She is of White ethnicity and holds an American nationality. The talented photographer also has a sister named Ashley Usich.

Lindsay is very happy in her current relationship. She hardly slips up information about her personal life, but her beau Mansion often speaks about his love affair in the media. She is dating an American singer Marilyn Manson.

In 2010, the pair met for the first time in Boudoir in West Hollywood. Later, the couple began visiting different places to spend a good time together, as they posted on social media.

However, in 2015, Marilyn said that he and Usich broke-up. The couple dated for five years and separated in 2015. After a few months, Marlyn and Lindsay were spotted again together. The duo started dating again, and this time, their bond with each other looks very strong.

They were recently spotted with Marilyn's former wife, Dita Von Teese, at the fashion show.

The talented personality earns a decent amount of money from her career as a model and photographer. As a commercial model, she makes more than $75-$150 an hour, and as a photographer, Usich earns about $31,000 every month.

Considering all her income sources, we can easily assume that she has the right amount of net worth. According to some sources, Lindsay's total net worth is estimated to be $1.5 million. Other female photographers like Susan Mikula has a net worth of $5 Million.

Talented photographer and model spent most of her early days in Miami, and she loved sketching, which later turned her passion for photography. Similarly, her long time boyfriend has a fortune of $25 Million. Furthermore, he has made his appearance in the crime drama-documentary, Bowling for Columbine alongside Jeff Rossen, Charlton Heston, Michael Moore and many more back in 2002.

She is one of the most talented photographers in the USA. To date, she has worked with various celebrities and popular magazines. Moreover, her pictures were featured in one of the leading magazines named Frank Magazine.

Usich also posts her photos on her blog named Born From The Dirt. Besides photography, Lindsay is a model and appears in various advertisements and brand promotions.

Furthermore, she is a regular social site user and frequently posts her images in her social account. She has a official Instagram account named as @lindsayusichofficial which has fan following of over 14,000 where she uploads her photos almost regularly. Likewise, she is also a decent user of Twitter.