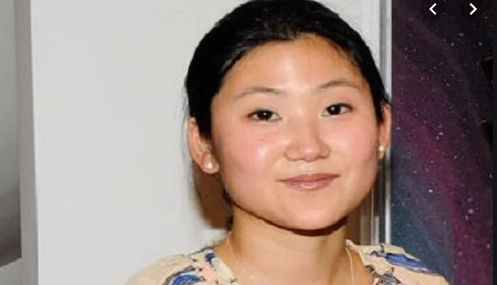 Some people work really hard to rise to prominence while some due to relationship with famous personalities. Similarly, Lisha Bai, who is a postwar and contemporary artist by profession, is widely recognized as the wife of a popular American actor, Peter Scanavino.

Lisha was born in 1979 as per sources but her nationality is not revealed as of now. Her birth sign is Pisces and belongs to the mixed (Asian-American) ethnicity. However, people are more curious to know about her married life. So, let's take time and talk about her marital life.

The 38-years-old artist, Lisha is enjoying a married life with her spouse Peter.  Peter is an American actor who rose to prominence after starring as Manhattan ADA Dominick Carisi Jr. in the NBC crime series, Law & Order: Special Victims Unit.

The couple often appear together in award shows and movie premiere. Despite their frequent interaction with the media, they are quite secretive towards revealing the details of their marriage. Recently, Peter uploaded a picture of them, having fun together at Miami, Florida, on his Instagram account.

Back in 2017, the two were spotted attending The Joyful Revolution Gala in New York City. For now, the couple is living a peaceful and low-key life without divorce rumors and extra-marital affairs.

Shares Two Children With Each Other

Not only is the pair living a happy marital life but also enjoying their parenthood as the lovely couple shares two children. The couple has been very tight-lipped about their first child details towards the public.

They welcomed their second child, a son named Leo Scanavino, on 8 January 2016. According to E!online, Peter tweeted the birth of his second child via his Twitter account. Besides that, the duo stayed silent on the identity of their first kid.

However, some online sources, claim that, the first kid's name is Ludo Scanavino. But the pair has not confirmed any details regarding their first child.

Bai got media attention after her marriage with Peter, who is an actor by profession. Many audiences and fans loved his role of Dominick Carisi Jr. in the NBC crime series, Law & Order: Special Victims Unit alongside Patti D' Arbanville and Carey Lowell.

He started his career as an actor by playing dozens of minor roles in films and TV series such as Deception, The Good Wife, and The Blacklist. Since then, he has appeared in over 10+ TV series and movies.

Earnings And Net Worth Of Lisha Bai

As an artist, Lisha might be earning well from her professional career. The average income of an artist is around $54,000 as of 2020. So, being a well-known postwar artist, she might be earning more than an average salary. Her yearly salary as an artist must be over $90,000.

Lisha's net worth is estimated at around $500,000 as of 2020. On the other hand, her husband, Peter's fortune, is around $2 Million, which he boasts through his career as an actor. Not to mention, with all of these earning and luck, the couple must be living a lavish lifestyle along with their children.