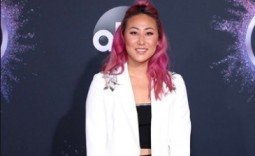 Lizzy Sharer whose real name is Elizabeth Chang is best known for her YouTube channel where she shares, day to day vlogs, comedic acts, and much more. The 24-year-old has grown quite a bit in stature since the first time she joined YouTube. Besides Youtube, she is also famous on social platforms like Instagram and Tik Tok.

Born in 1994, June 17 in Washington DC, she grew up in California. She began posting a series of videos dedicated to PC games, fashion, the social life of her and her family, and a lot of other stuff.

Later on, Liz separated the channels, and now, she has one where she posts videos related to gaming, another one where her fashion and beauty comments appear, and her channels are very popular among her fans. Lizzy Sharer is known for her collaboration with Carter and Stephen Sharer. Grace Sharer, Stephen's sister is also a famous Youtuber.

Lizzy used to be a eligible YouTube bachelor until Jan 11, 2020. Sharer is currently dating a person called Ryan Prunty. However, there is no enough detail about his boyfriend, and even there is no report on how they meet.

Similarly, like Lizzy, Ryan is also a YouTuber who has got 0.8 million subscribers in his channel. Both of the lovers are frequently featured in each other's YouTube videos, where they often spotted playing sorts of games to entertain their fans.

Furthermore, Lizzy and Ryan have a healthy relationship. They frequently post a picture on Instagram, where they were seen visiting different vacation spots. The love birds started to date each other since 2020, and so far, there are no rumors and controversies to surround their relationship.

Lizzy Capri uploaded a YouTube video where she sat down with her ex-boyfriend Carter Sharer and officially declared the breakups. They started to date each other since August 15, 2012, and literally, they have started their YouTube journey together.

But it was on August 16, 2019, when they decided to splits with mutual understanding. In the following video she said,

"I Love Carter so much no matter what and I want what's best for both of us and right now we both need space from each other so we can grow individually."

Like other breakups, Lizzy and Carter did not choose to go wild in regards of their separation; instead, they made a mutual understanding, and for the sake of their individual growth, they got separated.

How Much Is Her Net worth?

Lizzy is a well-known celebrity who is famous because of her Tik Tok profile and YouTube videos. As of 2020, her estimated net worth is around $800,000.

In Tik Tok, Companies used to pay $200 to $20,000 per branded video promoted by influences, so perhaps Lizzy is also earning in the same rage from Tik Tok.

Moreover, she is generating a huge amount of wealth through YouTube, also where she got more than 4 million subscribers as of 2020.  From YouTube, she is earning 6 figures per year just from sponsorship, another 6 figures just from AdSense, and over 7 figures from monetizing the audience.

The famous Tik Tok and YouTube celebrity Lizzy is living within her boyfriend's house, which almost cost $750,000. Their house consists of all sorts of luxury, like a grand swimming pool, a wide garden.

Besides, their home Lizzy is the lover of several branded cars. She and her boyfriend have Ferrari, which almost cost around a million-dollar and they also own Hammer cars whose market price is $750,000.