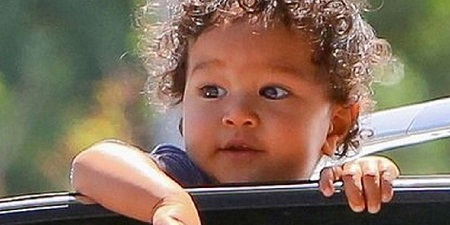 Born on 5th October 2013, Maceo Robert Martinez is the first and only child born to Hollywood star Halley Berry and French actor Oliver Martinez. However, the five years old kid's celebrity parent is not together anymore; they divorced in 2016.

So, who shares Maceo's custody? To know more detail about Maceo Robert Martinez and his family scroll down!

Above all else: Maceo’s parents: Halley Berry and Oliver Martinez first met in 2010, while the two were filming for the movie ‘Dark Tide.’ Soon, the pair started dating. Following two years in March of 2012, they announced their engagement.

Further, the couple tied the knot on July 13, 2013. Their wedding ceremony was lavish, which was held in France.

At the time, Halle was already pregnant with their first child. After a few months of their marriage, the couple welcomed Maceo.

Maceo means the “gift of God” in Spanish

Maceo Robert Martinez was born on October 5, 2013, in Los Angeles California, under the star sign Libra. As already mentioned above, his name means the gift of God in Spanish.

Matter of fact, Maceo’s custody proceedings were kept away from the limelight. Reportedly, Halle and Olivier have joint legal and physical custody of their child.

As per the source, the baby Maceo splits time between his mom and dad.

Most often, Halle shares pictures with Maceo on her Instagram account, where she has over 5.6 million followers. However, she always shades faces.

In an interview, Halle said that "When they grow and they’re of age, and they want [to] share their images on the internet, that will be for them to decide, not me. Feel me? Have a beautiful day.”

Other Family Members Of Maceo

It seems that Maceo shares a strong bond with his half-sister. The two is often spotted with their mom. Analyzing the above photo, it is clear that Maceo's enrollment in karate class.

Surely, Maceo has a lavish lifestyle. His mother, the winner of Academy Award for Best Actress for Monster's Ball, has an estimated net worth of  $80 million. Similarly, his dad Olivier Martinez, an actor known for  S.W.A.T., Unfaithful, and The Chambermaid on the Titanic, worth $20 million.