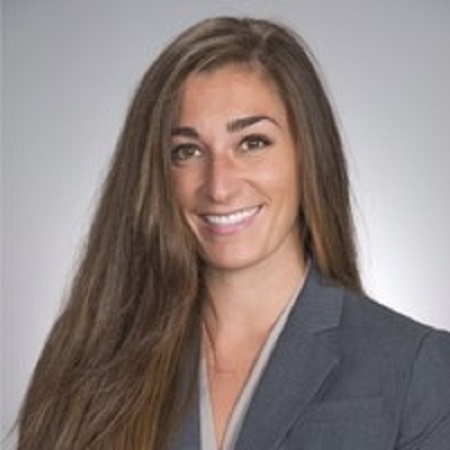 She was born in Traverse, Michigan USA to the dad, Marty, and mother, Margaret Olivia Lagina. Further, she is the youngest sister of Alex Lagina and grandchild of George Jacob Lagina and Ann. C Lagina. Her uncle is Rick Lagina and her aunt is Matina Lagina.

Is Maddie Lagina dating anyone?

As of now, Maddie Lagina is still an unmarried woman and is reportdely single. So far, she remains a tight lip regarding her love life and boyfriend. So far, no sources have a trace of her romantic relationship with anyone yet.

Maddie often captured the pictures of her male friends but has not spilled any single words about it to the press. The pretty doctor mostly keeps her dating past out of the spotlight, not bothered by the media. So we can only presume for now that she's single.

She is a Double Degree Holder

Yes, Maddie who grew up in Traverse City, Michigan finished her high school education from Traverse City Central High School in 2008. Then she received her Bachelor's degree from Emery Unversity in Science. Later, she graduated in 2018 with a double degree in medical doctorate and a Masters's of public health.

Now, Lagina has been working as a resident physician at Michigan Medicine in Ann Arbor since June 2018. Further, she is a former Medical Assistant at The Walk-in Clinic who worked there for 5 months in 2012. Also,  she served as a Research Intern at Georgia Spine & Neurosurgery Center, LLC from January 2012 until April 2013.

On the other hand, her elder brother, Alex who was born in 1987, attended the Michigan University. Today, he is known as an engineer, businessman, and Reality TV personality who appeared with his father and uncle Rick in The Curse of Oakland. Also, he works as a general manager of Villa Mari, a Michigan-based Italian wine-maker.

Net Worth and Earnings of Maddie Lagina

Meanwhile, her father, Martin Lagina has an impressive net worth of $100 Million as of 2020. Throughout his successful career, he has accrued this amount as an engineer, entrepreneur, businessman and as a reality TV star. He previously sold his business named Terra Energy to a company called CMS Energy for $58 million.

Marty is now known as the owner of Mari Vineyards, a winery in northern Michigan, and as the founder of Heritage Sustainable, a business in wind turbines. Lagina is also the main investor in finding a potential fortune on Oak Island. He has also served as the president of the Michigan Oil and Gas Association.