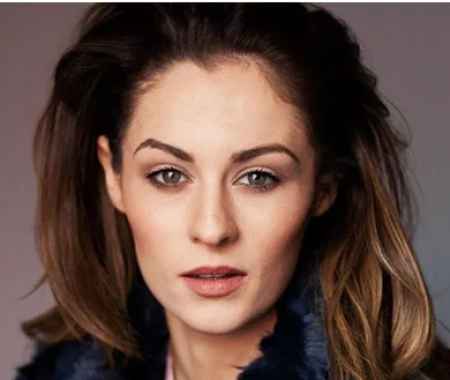 Who is Madeline Mulqueen?

Madeline Mulqueen is an Irish model and actress. She went on to be the runner up for Miss Limerick contest 2009. Also, she has played various roles in the acting arena including the short drama film Day Off.

Mulqueen was born on July 19, 1990, in Limerick, Ireland. She holds an Irish nationality and belongs to diverse Caucasian-white ethnic group. She grew up in Ballybrown outskirt of Limerick. Concerning her education, she attended Mary Immaculate College in Limerick.

Mulqueen started her career as a model for the Fiona Doyle Agency. She went on to sign a contract with The Martina Costelloe Agency in Ireland. Moreover, she also won several regional modeling contests including the South West model Search and Miss Limerick contest in 2009.

In addition to that, Madeline has appeared in a music video of the song "Horse Outside" by a Hip Hop band The Rubberbandits. Further, her role as a bridesmaid in the video brought national attention. In fact, she became the most googled woman in Ireland.

Likewise, she went on to appear on the comedy show Republic of Telly on RTE Two. Mulqueen has also come out about the Irish modeling industry stating the over sensationalism of models.

Madeline's marital status is married, she tied the knot with Irish actor Jack Reynor. The couple spends a long time with each other as boyfriend-girlfriend before taking the vow. They had a romantic engagement ceremony in Hong Kong in March 2014. The bride and groom's whole family, relatives and close friends were present at the wedding.

Mulqueen currently resides in Dublin along with her spouse. They travel frequently to the countryside. The couple spends a romantic time with each other in the Irish mountains. They like to stay away from the city doing campfire. The husband-wife lives a happy life as of now.

Madeline is also a fitness freak. Moreover, she prefers staying at home and partying with her family and friends. She also visits some of the quietest places over Europe. Further, she is also into photography which she is enjoying as per now. She shares phenomenal clicks in her profile.

Mulqueen is a beautiful woman with the stature of over 170 cm. Further, she weighs over 54kg. She is a fitness freak and maintains a good body figure. Her eye color is green and she possesses dark brown hair. She is also compared with model Tereza Kacerova for her astounding physical feature.

How Much Is Madeline Mulqueen's Net Worth?

Although Mulqueen has not disclosed her total asset, she is predicted to have a net worth in eight figures. Her modeling career has garnered a good salary. An average salary that a model earns is over $40,000 annually. Concerning her status in the field of modeling, she might also receive a good paycheque. Undoubtedly, her net worth is somewhere comparable to the French model Sephora Coman whose net worth is $1 million.

Madeline garners a good income from her photography too. As an amateur photographer, she earns quite a money via photography. Mulqueen is also involved in philanthropic works. She went to Africa along with her hubby for her charity. She is involved with African poverty removal and infrastructure construction.

Mulqueen is very active in her social media. She has a fan base of over 9k on her Instagram page. Most of the photos of her include the Irish wilderness. However, she is not much active on her Twitter page.