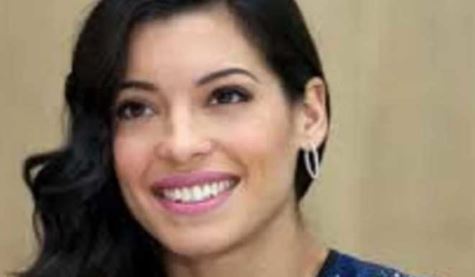 Manuela Escobar is the only daughter of Colombian drug lord and narco-terrorist Pablo Escobar, who also referred to as "The King of Cocaine."  Manuela was the most valuable for his father Pablo and once he burnt down $2 million to provide his daughter warm and fire.

She was born in Medell on May 25, 1984. Currently she resides in Argentina. Her mother Maria Victoria Henao has been a real estate agent for a while.

Manuela is far away from the limelight. She never speaks about her personal life in front of the public. Therefore, we assume that she is dating nobody and perhaps she is having a single life.

Moreover, Manuela is the only one of the family of Pablo Escobar to never be charged for a crime.  She was just nine years old when her dad died. Since then, she has kept a very private life and a low profile.

Nevertheless, the family of Escobar is still suffering from the crime he has done. Among them, Manuela seems to suffers a lot from her unstable life. Therefore, in times like this, she probably kept her self isolated from any kind affair and relationship.

Life After The Death Of Her Father

When Pablo was murdered, Manuela, her brother, and her mother, Maria, had fled Colombia. The Mafia and other drug traffickers tried to destroy Pablo's entire bloodline. At the same time, none of the countries were accepting their visa.

Two years after Pablo's passing, Manuela, Juan Pablo, and Maria made it to Mozambique, then to Brazil, Ecuador, South Africa, Peru, and eventually to Argentina, where they remained under the hidden identity.

Argentina welcomed them only though their assumed names obscured the reality that they are the relatives of Pablo Escobar. Scroll down to more.

Manuela has allegedly suffered from extreme depression since 1999. Her brother said she was once even tried to kill herself.   She is said to be staying with her brother and his wife, who are taking care of her as her depression starts.

Manuela's brother has spoken to the media a variety of occasions over the years, but Manuela has been anonymous. She is reported to have modified her name to Juana Manuela Marroquin Santos. She's ignoring the press. She's not interested on social networking. She shut off all links to her native land also.

How Much is She Worth?

There are no reliable sources to give any concrete specifications about her present life. Therefore, no one knows what she hands her family do for a living. So, we are unable to determine her net worth and her income and earnings.

However, her late father is one of the richest crime lords of time and was reportedly the richest man on the planet at the time. Pablo earned billions of dollars from his crime empire. In 1989, Forbes magazine reported Escobar to be one of the world's 227 billionaires with a total net worth of approximately $3 billion. Meanwhile, his drug Cartel dominated 80 percent of the world's cocaine industry.

Furthermore, before, Pablo's death his net worth estimated at around $50 Billion. And there are limitless assets and property owned by him.