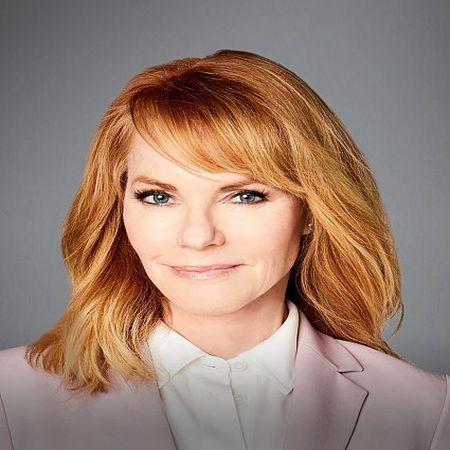 Marg Helgenberger is an Emmy-Award winning American actress. Moreover, Marg is best known for her roles as Catherine Willows in the CBS police procedural drama CSI: Crime Scene Investigation from 2000 to 2013, and the subsequent TV movie Immortality(2015). Furthermore, she is also popular for her work on Under the Dome(2013), Intelligence(2014), Species(1995), Species II(1998), Erin Brockovich(2000), and Mr. Brooks(2007). Currently, she is working at the American legal drama series, All Rise since 2019.

The All Rise star, Marg Helgenberger was born as Mary Marg Helgenberger on November 16, 1958, in Fremont, Nebraska, USA. She is the daughter of Mary Kay, a nurse, and Hugh Helgenberger, a meat inspector. She grew up and raised with her older sister Ann Helgenberger and a brother Curt Helgenberger in North Bend, Nebraska. She graduated from North Bend Central High School. She attended the University of Nebraska at Kearney but later, she also went to Northwestern University's School of Speech for her bachelor's degree in speech and drama.

Well, Marg, 61, was once a married woman. She was married to her long time boyfriend turned husband, Alan Rosenberg. The couple walked down to aisle on September 9, 1989. Apart, the couple first met for the first time when Alan came as a guest actor on Ryan's Hope in 1984.

Since then the two became good friends and later started to date in 1986. The duo was living a happy married life and also shares a baby boy from their relationship. Their son's name is Hugh Howard Rosenberg born on October 21, 1990, kept after Marg's father, who died in 1986.

However, the couple announced their separation on December 1, 2008, and she filed for divorce on March 25, 2009. Moreover, their divorce was finalized on February 1, 2010. As of now, she has moved on her life and living a happy married life with her son.

Talking about her current relationship status, Marg is in a romantic relationship with her long time partner. Moreover, she is dating Alan Finkelstein since her divorce in 2010. Apart, we can often see her with her partner attending an award show and events. She looks very comfortable and happy with Alan.

Yet, the couple is in the hurry to take their relationship to the next level. So, we don't have news about their marriage or engagement. There are no signs of their separation and split up until now. As of now, she is just enjoying her happy life with her partner and son.

Net Worth in Million of Dollars

The five feet and six inches (1.68 m) tall, Marg has collected a hefty amount of net worth from her career as an actress. Furthermore, her estimated net worth is $32 million as of 2020. Likewise, Thekla Reuten is an American actress with a net worth of $4 million.

She earns an annual salary of around $390,000 per year. Besides, she worked in the television movie, CSI for which she gets around $375,000 per episode. Apart, she purchased a house located in Los Angeles, California, the USA in 2007 at a real estate price of $4.6 million.

Moreover, the house contains 5-bed, 5-bathroom, and situated in 4,147 square feet. She is currently living a lavish life with her son and long time partner in Los Angeles.