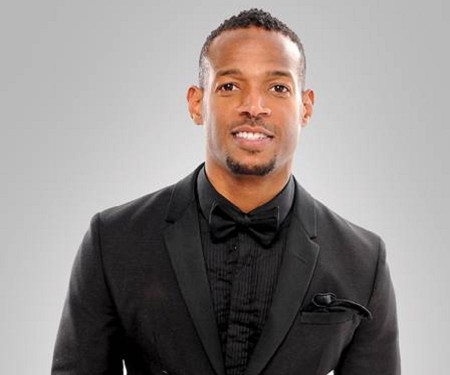 One of Hollywood's most efficient actor and comedian, Marlon Wayans is an American personality who is also a film producer and screenwriter. Throughout his career, Wayans has appeared in several critically acclaimed movies. Also, there was news about Wayans might replacing the host of America's Got Talent, Nick Cannon.

Additionally, he works on tv sitcoms. In 2017, NBC gave him his own sitcom, Marlon. Similarly, he has a YouTube channel which he launched by partnering up with LA-based entertainment company called Shots Studios. From his career spanning more than three decades, Marlon has acquired a giant net worth.

Wayans, who was born on July 23, 1972, in New York, is 47 years old. He is the youngest of ten siblings, and he frequently collaborates with his brother, Shawn Wayans, who is also a renown actor.

Is Marlon Wayans Married for Real?

The 47-year-old actor is notoriously private about his personal life. Wayans is not married, but he is currently living with longtime girlfriend, Angelica Zachary. Throughout his relationship, fans believed Zachary was his real wife. They began dating in the late 1990s, but Marlon never tied the knot.

Although Marlon and Angelica are not a married couple, they are parents of two lovely children. Their first child, a daughter, Amai Zackary Wayans was born on May 24, 2000. Similarly, their second child, a son named Shawn Howell Wayans, was born on February 3, 2002.

Everything in their romance was perfect until, in 2013, Marlon was seen kissing some other woman. The same year furious Angelica immediately separated from Marlon.

After separation, they decided to co-parent their children. And, over the past few years, the former couple has remained on good terms.

Back together with his Longtime Girlfriend

In 2013, a public scandal nearly destroyed Maron's personal relation with Angelica. He was seen with a younger woman sharing an intimate pose. Afterward, a couple of many years began living together.

At the present moment, it seems Marlon is back together with Angelica. He regularly shares pictures of her expressing his love. Also, they are on good terms and are spending much time together.

The reason behind Marlon's Separation

In March 2013, the White Chicks star was photographed enjoying the company of a mystery brunette aboard of a luxury boat in St Barths. The actor and the lady were seen cozying up intimately despite being surrounded by guests.

The handsome hunk and the stunning woman could not keep their hands off each other's body. Later, when he was asked about his girlfriend, Marlon said that he and Angelica were on good terms. However, he didn't reveal more about the mystery lady.

Wayans' Support to His LGBT Daughter

As mentioned, Marlon and his girlfriend, Angelica, has two children. Their first child, a daughter, named Amai Zackery Wayans who is now 19 years old, is of other sexual orientation.

On June 3, 2019, Marlon shared a picture of his daughter, where he captioned:

"Happy pride to my pride and joy. I wouldn’t change one effing thing about you. Love you to the moon around the sun through the galaxies and back again."

It seems Marlon is trying to prove his dedication when it comes to helping his family. He regularly shares photos with his girlfriend, Angelica, praising her effort as a mother. Similarly, he expresses his gratitude towards his children for making his life complete as a father.

As one of the popular actors in Hollywood, Marlon Wayans has maintained a net worth of $15 million as of 2019. The primary source of Marlon's income comes through his diverse professional role as an actor, comedian, screenwriter, and film producer.

Throughout his career, Marlon has appeared in numerous successful movies and tv shows. Some of his films which have crossed an impressive box-office record are:

As Marlon has starred as a lead role in multiple films and shows, he lives a lavish lifestyle. Also, he has few projects lined up ahead, so his net worth will rise in the coming days.

Marlon and his girlfriend, Angelica, used to live in a luxurious mansion located in Sherman Oaks, Los Angeles, California.

The house which was built in 2005 over 4,130 square feet land with five bedrooms, five bathrooms, and a dining room. The house features; hardwood floors fireplace, backyard garden swimming pool, and spa.