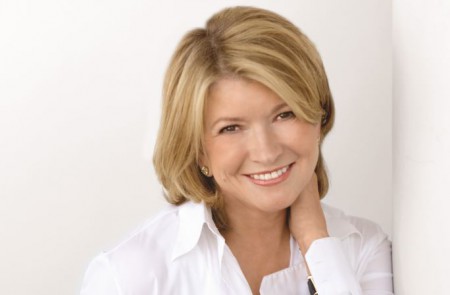 Who is Martha Stewart?

In the male dominated industry everywhere there are women like Martha Stewart who leave their impact on the whole generation. She is a renown American businesswoman and television personality. She made a stupendous fortune through a variety of business ventures, cookbooks, broadcasting, merchandise, and e-commerce.

Martha Stewart was born as Martha Helen Stewart on August 3, 1941, in Jersey City, New Jersey, U.S. She was born to middle-class parents, Edward Kostyra and Martha Ruszkowski Kostyra. She is the second of six children.

She is entirely of Polish heritage. Stewart graduated from Nutley High School and attended Barnard College of Columbia University. She originally planned on becoming a chemist but later switched to art, history and later architectural history.

The American entrepreneur and television personality Martha Stewart has a net worth of $300 Million as of 2019. Martha is a former billionaire and is among one of the richest female celebrity. She amass her net worth from Business conglomerate which includes TV, magazines and products. She hosts a satellite radio show and has written several cookbooks, books, and instructional manuals for the home decorator.

Additionally, Martha Stewart is the founder and former CEO of Martha Stewart Living Omnimedia. She gained success through a variety of business ventures, encompassing publishing, broadcasting, merchandising, and e-commerce.

The prominent businesswoman, Martha Stewart has several luxurious houses. Over the years, she's owned more than a handful of different properties. Her Turkey Hill farmstead ion Connecticut is regarded as the most iconic home but she hasn't lived there since 2007.

Likewise, she also owns home in New York City, the Hamptons, and Maine. Her historic vacation house in Maine is called Skylands and is stepped on Mount Desert Island. She spends a lot of time at her home in Katonah, New York which she calls Cantitoe Corners.

She owns a home in Lily Pond Lane which is a gorgeous historic home she purchased in '90s. Similarly, she has condos on perry Street in new York City's West Village, apartment on Fifth Avenue home.

In June 2002, Stewart made extensive headlines for rumors of insider trading. She was under investigations for selling hundreds of shares of ImClone Systems just prior to the Food and Drug Administration's refusal to approve the company's new cancer drug.

On October 2002, Stewart resigned her position on the the board of directors of the New York Stock Exchange. Likewise, on June 4, 2003, she voluntarily stepped down as CEO and chairman of MSLO after charges of securities fraud and obstruction of justice.

In July 2004, Martha was sentenced to serve a five-month term in a federal correctional facility and a two-year period of supervised release. She also paid a fine of $30,000.

Talking about Martha Stewart relationship status, she is possibly single. The 77-year-old, Stewart previously married Andrew Stewart in 1961 when she was a fashion model for Chanel. The former couple had only one child, a daughter named Alexis born in 1965.

Sadly after 26 years of their marital solidarity, Martha and her spouse separated in 1987 and they eventually divorced in 1990. As per reports, Martha had a hellish marriage during which she treated her husband shabbily. There were early problems in the marriage that only got worse. Also, she cheated on him while still married to Andy.

Afterward, Martha dated Sir Anthony Hopkins  but ended the relationship after sawing The Silence of the Lambs.

Stewart also dated billionaire Charles Simonyi, who was the former and early employee of Microsoft. As of 2019, she currently resides in Katonah, a hamlet of the town of Bedford, New York.

If you follow Snoop Dogg then you must be familiar with his relationship with Martha. The two are often called as the ultimate celebrity best friends. Martha and Snoop first met on the Martha Stewart Show in 2008. Through the years, fans liked their unpredictable one-liners and endearing friendship.

In 2016, they debuted a show together called Martha & Snoop's Potluck Dinner Party on VH1 Network. After working closely with Stewart, Snoop released his first-ever cookbook, 'From Crook to Cook: Platinum Recipes from Tha Boss Dogg's Kitchen.' In 2019, they reenact a famous Titanic scene to promote their latest season of Potluck Party Challenge.

Martha Stewart has a huge fan following across social media. As of July 28, 2019, she has over 2.4 million Instagram followers, with 3.7 million Twitter followers, and over 425k Youtube subscribers.