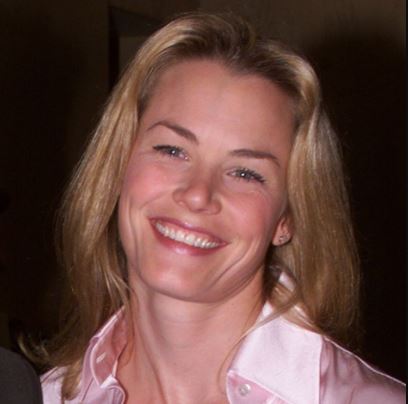 Melissa McKnight is the one who got wounds on her heart and bruising her soul while looking back at her two broken marriages that put her on the tragic situations. But, she still keeps the courage to fight for herself with other people who put her on the delicate parts of life.

Born as Melissa Sue McKnight, she is successfully carrying her acting career with all her dedication and passion. So, does she succeed in making a relationship as of now? Let's take a turnover McKnight's personal life.

Who is the Current Flame of McKnight?

The 54-year-old actress, Melissa is currently living a single life after facing two tragic divorces. More to this, she isn't ready to start the new chapters of a romantic relationship. She prefers to keep her foot out of marital relationships for now after her relationship with former spouse Matt LeBlanc.

As a matter of fact, the VH1: All Access special guest, McKnight is focusing on her upcoming projects that could list her name on the top of her acting career. She is also busy collecting new experiences while pursuing the highway of success.

American-born actress, McKnight was first committed to a happy relationship with her estranged husband, Anthony Robert Esposito. The pair traditionally exchanged their wedding vows while greeting their beloved ones in 1990.

Following their grand nuptial, the pair announced they're going to welcome their first child in 1991. Melissa, furthermore, gave birth to a son, Tyler Esposito. Five years later, she also gave birth to a daughter, Jacqueline Esposito in 1995.

After their second child's birth, McKnight and Anthony filed for divorce after staying for six years together due to some misunderstandings. They then finalized their divorce in a registered court in 1996 and took half-half custody of their two children.

Melissa then met Man with a Plan actor, Matt LeBlanc in 1997, where a mutual friend, Kelly Diamond Phillips introduced Melissa to LeBlanc. Shortly after having a sweet conversation, they started dating and made good chemistry.

A year later, Matt decided to propose McKnight with a precious ring for marriage. He then eventually proposed her, and supposedly, she accepted his proposal, saying "Yes" to him.

The couple walked down the aisle on 3rd May 2003 in the Hawaii Cliffside of Waipio Valley. After their wedding, a guest and good friend of the bridegroom said, "They're really sweet together," "He loves her and she loves him. It's very real."

After two years of marriage, the couple welcomed a daughter, Marina Pearl LeBlanc on 8th February 2004. In the postnatal period, Marina suffered seizures when she was eight months old. She was also faced with a condition, which is a form of dysplasia.

The couple, however, filed for divorce, citing irreconcilable differences after staying married for three years in 2006. They later finalized their divorce on October 6, 2006, with taking their daughter's custody.