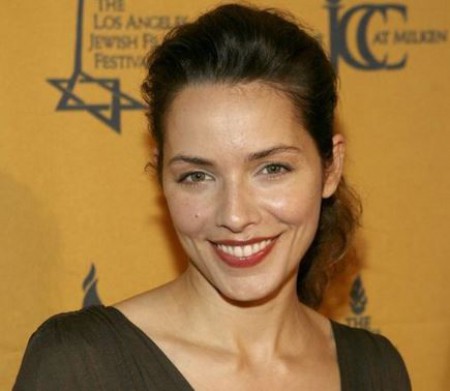 The winner of Israeli Film Academy award, Mili Avital is a popular Israeli actress who built an international career. She maintained a profound career in both America and Israel. She received critical acclaim for her lead role in the 1994 science fiction film, Stargate.

Further, some of Avital's notable works include Dead Man, Kissing a Fool, The Human Stain, etc. Apart from a fruitful professional career, she also has a well maintained married life with her husband. Previously, she was in a relationship with a popular actor, David Schwimmer.

Mili is a married woman and is living happily with her longtime husband, Charles Randolph. The couple married on July 4, 2004. The couple's wedding ceremony was held in Jerusalem in the presence of a Conservative rabbi. Afterward, they moved to a luxurious apartment in New York.

After marriage, Mili became less active in films which demanded location shooting in faraway locales. Her career was further slowed by the fertility treatment she underwent. The husband-wife duo shares two children.

Mili gave birth to her first child, a son named Benjamin in 2007. Their second child, Fanny was named after Avital's Moroccan grandmother.

Like his wife, Charles is also working in the entertainment industry but as a writer and producer. The Academy Award-winning screenwriter is known for his work on The Big Short, Love & Other Drugs, and The Life of David Gale.

How Mili met her husband?

Mili and Charles first met after a few days of her 30th birthday. Two months after the 9/11 attack, her friend from New York invited her to a dinner party at Randolph's place. Upon seeing Randolph, she revealed that it was love at first sight.

But few obstacles stood in the way of her happiness. She wanted her husband to be a Jew, and at first, she thought Randolph was gay. However, they slowly developed a strong bond. Ahead of the wedding, Randolph began a process of conversion to Judaism but didn't complete. Also, the wedding preparations included couples therapy.

Mili revealed that she had the most memorable experience of her life at the age of 25. She had a lead role in a movie Kissing a Fool alongside Schwimmer. Also, she and David began dating in early 1999 but broke up in November 2001.

When asked about her much-publicized romance with David, Mili said she felt undervalued due to his height of 'Friends" fame. Sadly, their affair lasted for only two years.

As mentioned earlier, Mili became less active on movies, but frequently appeared on lead roles on television shows. From her successful acting career, Avital managed to gather an impressive net worth of $1.5 million. Her earnings are calculated based on the box-office collections of movies in which she appeared.

Mili's highest grossing movies include the 1994 film, Stargate, which featured actors like Kurt Russell, James Spader, Jaye Davidson, among others.

Avital was born in Jerusalem and grew up in Ra'anana. Her father is Moroccan-born, her mother of Turkish descent; both are designers. Also, she has a younger brother named Yoni. She developed an interest in acting since childhood.

Avital began her professional career on stage and was first introduced to Israeli audiences in the title role of a television film. For her feature film, Me'ever Layam (Over the Ocean), she won the 1992 Israeli Film Academy Award for Best Supporting Actress.

For the movie, Noodle, she received the 2007 Israel's Critics' Circle Award for Best Actress. Further, she appeared in the Israeli Tv Award-winning Best drama called, Prisoners of War.

Above article aims to give some highlights on Israeli Actress, Mili Avital's professional as well as personal life.