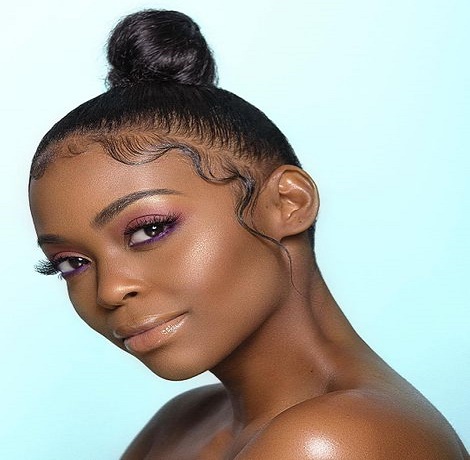 Who is Nafessa Williams?

If you are a big fan of American CW series television drama Black Lightning? If yes, Nafessa Williams is an American actress who played the main role Anissa Pierce from 2018 to present.

Nafessa Williams was born on 4th December 1989 to the American parents in Philadelphia, Pennsylvania. She hasn't disclosed her parent's details, but she often shares the picture via Instagram with her mother and father. Moreover, she was raised in West Philadelphia.

Williams holds American citizenship, whereas her ethnicity is Afro-American. As far as her education, she studied at  Robert E. Lamberton High School and later studied at the West Chester University of Pennsylvania in criminal justice. In addition, Nafessa also did an internship in the homicide unit at the District Attorney’s office.

Williams started her acting career in 2011 by debuting feature film Streets as a role Nicole Gordon. Following that year, she appeared in ABC soap opera series One Life to Live, as Deanna Forbes in 33 episodes. Also, Nafessa appeared in minor roles in various TV series and movies including Whitney, Real Husband of Hollywood, The Dirty 30, Code Black, Tales, and many more.

As of now, Nafessa Williams is playing the role of Anissa Pierce in the superhero series called Black Lightning starring China Anne McClain and Cress Williams.

Is Nafessa Williams dating anyone currently?

The 29 years old actress Nafessa has been very private about her personal life. To date, she hasn't spoken a single word about her relationship status, dating rumors and her boyfriend with the public.

You might have seen the part of her Jenny having flinging heated with the Matthew Noszka in series Tales. But she has not seen sparking an off-screen romance with anyone.

As per her Instagram post, she has neither hinted her love life nor has been witnessed with any guy who could be assumed as her partner.

Hence, to date, the 5 feet 2-inch tall actress is most probably single to escalate her career to her desired height. For now, it seems she might be investing her time in acting.

Nafessa Williams has already garnered a substantial six-figure with her successful acting career. But her exact paycheck is only up to her. As per some sources, Williams’ net worth has been estimated it is around $800,000.

To date, Williams has done many endorsement deals, photoshoots, and advertisements. But, her actual salary is also have been concealed. According to some sources, a Soap Opera TV star garners an average earning between $20,000 to $156,000 per year. Likewise, her wealth will undoubtedly increase in the coming years, assuming that it will continue its career effectively.