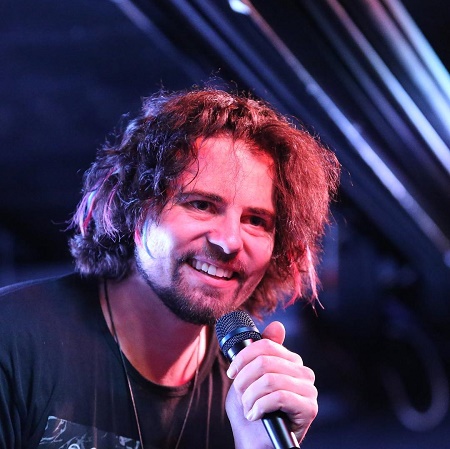 Nathan West is an American actor, musician, and singer who is best known as the husband of American actress and singer, Chyler Leigh. However, he has starred on the TV series 7th Heaven as Johnny in 2000 alongside his wife, Leigh, playing the role of Mary Camden (Jessica Biel). Further, he also had major roles in projects like Disney’s Miracle, The Country House, A.R.K., ER, Smart Guy, Chicago Hope, etc.

Nathan Luke West was born on September 29, 1978, in Anchorage, Alaska, United States. Born to the American parents, he is American citizenship whereas his ethnicity is white. For his education, he completed his graduation from Service High School in Anchorage.

When Nathan Got Hitched to Leigh?

The 41 years old West first met his girlfriend Chyler during an audition for WB series titled Saving Graces. They even worked together including 7th Heaven and Safe Harbor.

Likewise, West proposed to Leigh, 38, on the set of Not Another Teen Movie in 2001. After nearly two years of love romance, they finally exchanged wedding vows on July 20, 2002, in the presence of family and friends. Their big day took place in Alaska.

Recently, Nathan and Supergirl star have  celebrated their 17th years of marriage ceremony in early 2019. So far, the happy duo leads a happy and healthy conjual relationship with no sign of divorce and problems.

His Wife Reveals About her Sexuality Openly

Yes, Chyler Leigh West who is 5 ft 5 in tall recently came out as a member of the LGBTQ+ community in June 2020. In a recent post on the Creating Change website, she opened up about her sexuality, saying her Supergirl character Alex Danvers' helped her to fully accept her true self.

Ms. West stated that she felt a connection to her character 's words and emotions when revealing that she was gay. What I didn't realize was how the scene where she finally confessed her truth would leap off the pages of the script and genuinely become a variation of my own. IRL," she went on.

More specifically, Nathan and Chyler are still discovering the depths of themselves and each other. But throughout our journey the couple has learned to be proud of who they are, no matter the cost.

Yes, The Adventures of A.R.K. star shares three little kids with his longterm partner, Leigh. After one year of wedlock, they gave birth to their firstborn child Noah Wilde West in December 2003. Chyler guessed she had a boy when pregnant with her first child so she chose the first name and West gave him his middle name.

Currently, West and his whole family live in Los Angeles.

Nathan who made his TV debut by a recurring role as James Parrish in The Practice has made a huge amount of fortune. As of early June 2020, he has an impressive net worth of $2 Millon throughout her music and acting career.

Similarly in the United States, the annual salary of the actor is around $57,060 whereas the musician makes $1907 per month. Thus, his annual wage might fall in the same range. Meanwhile, his wife, Chyler Leigh enjoys the $5 million net value throughout her acting work and modeling gigs.