Home news NE-YO and his Wife Crystal Renay are Getting a Divorce! 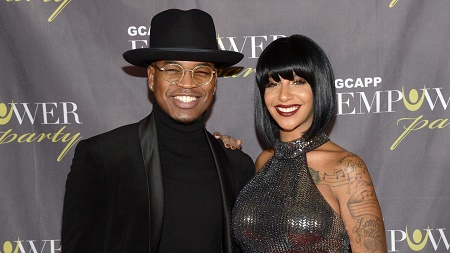 Marriage is full of many ups and downs, adventures, wonderful memories with the person you love. Likewise, Shaffer Chimere Smith, better known by his stage name Ne-Yo and his model wife, Crystal Renay enjoyed their married life until 2020.

Sadly, Ne-Yo and Crystal Renay's marriage is going to be over. Let's know what is the actual reason behind their separation. Well, Ne-Yo, Singer-Songwriter has confirmed that after four years of marriage, he and his sweetheart have separated their ways and are in the process of filing for a divorce.

In an episode of Private Talk with Alexis Texas, a podcast on Saturday, February 15, 2020, he said:

It's slowly but surely becoming public knowledge that myself and my wife have decided to go ahead and get a divorce,' he revealed to the adult film star-turned-podcaster

The songwriter who was born on October 18, 1979, continued: 'It's not a sad thing, it's more of us realizing- long story short, I'm never gonna talk bad about her. I'm not that person. There's nothing bad to say about her.'

Adding to that, the singer of "Let Me Love You" said his sweetheart Renay is the wonderful lady, she is the mother of his two children, and he will always respect her. Henceforth,  it seems the pair are planning to focus on themselves and co-parent their two young sons together.

Shortly after the breakup, the World of Dance judge shared a dancing photograph in their newly single lives alongside his friends. Ne-Yo was seen dancing to a new song he had written, where he sings “she gave back the wedding ring, I turned it to a pinky ring.”

Also, Renay's wife had already removed and cleaned all of her husband's pictures, Ne-Yo on her social media account, after split news came out.

Crystal, the model, posted a video he would be her date for Valentine's Day, teasing a male friend on the occasion of Valentine's day. Also, she posted an Instagram Story showing her hanging out on Saturday 15 February 2020 with Black Ink Crew member Ryan Henry in Chicago.

The 40-year-old R&B singer first met Crystal Renay (age 36) at a restaurant in 2015 on the set of a music video called Non-Fiction. The Grammy-winner then instantly began dating his future wife Crystal.

On February 20, 2016, they officially down the wedding aisle after dating for two weeks. Their nuptials event was held in an oceanside ceremony just outside of Los Angeles while Crystal was 9 months pregnant.

In addition, when the firstborn son was born in March 2016, Prince Shaffer Chimere Smith Jr., they became parents for the very first time. Later they blessed again with another child or a second son named Roman Alexander-Raj in 2018.

Before having these two kids with current wife, Crystal, the R&B crooner already shared a daughter Madilyn Grace (aged 9) and son Mason Evan Smith (aged 8), from his previous relationship with actress Monyetta Shaw-Smith.

Despite their separation, Ne-Yo and his wife crystal are stills on good terms and their main aim is raising their children together.