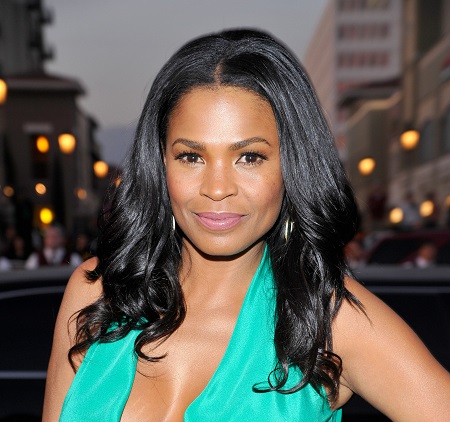 Nia Long is a well-known actress and dancer who got fame after starring in television series The Fresh Prince of Bel-Air (1991), Third Watch (2003–05), and Empire (2017).  Not only series but she has made appearances in hits films like Boiler Room, Big Momma's House, and Are We There Yet?.

Nia Talita Long was born on October 30, 1970, in Brooklyn, New York, United States. Her father Doughtry Long is a high school teacher and poet whereas her mother Talita Long is a teacher and printmaker. But her parents got divorced when she was two. Further, she has an older half-sister, Sommore (age 54 years), an comedian. As per her citizenship, she is American and is of mixed ethnicity.

Who is Nia Long's Partner?

Her long term partner is none other than, Ime Udoka, aged 42, a retired NBA player, from Portland, Oregon. The lovebirds initially started dating in the year 2010. Since then, they have appeared in several events and functions holding hands of each other.

But, there is no information on how they first met on the press. After one year of blissful love romance, they welcomed their firstborn child or son in 2011 whose name is Kez Sunday Udoka. It was no surprise, too, that in May 2015 Nia, 49, and Udoka were engaged four years later.

However, none of them had made any mention of their glorious times. Their news of engagement came when the actress was spotted sporting a sparkly diamond on her finger that didn't require any clarification. Although It's been more than five years of their engagement, they are yet to tie their wedding knots.

Yes, it is very true. The actress who played the Nina Mosley in Loves Jones shares one son Massai Zhivago Dorsey II from her past love relationship.

Well, Massa was born to Nia and her ex-boyfriend, Massai Dorsey, in 2000. But nothing much about their relationship is known to the media. As per some sources, they had engaged in 1999.

As a matter of fact, their love life never remained the same after the birth of their son.  So, for their reasons, the love birds separated in 2001. After separating from Massai, Nia who is graduated from Westchester High School in 1989 took custody of her son.

Now, Long and her lover for one decade Ime are co-parenting together Massai, aged 19.

How Much is Nia Long Worth?

As of early July 2020, Nia Long who is a famous actress and dancer who has an impressive net worth of $13 Million. She has accumulated her total worth throughout her acting in various well known Hollywood TV shows and as well as films. She further makes extra money by directing music videos.

On the other hand, her husband to be,  Ime Udoka has an estimated net worth of more than $12 Million. He has collected this hefty sum through his successful career of working as a basketball player initially and later as a basketball coach.