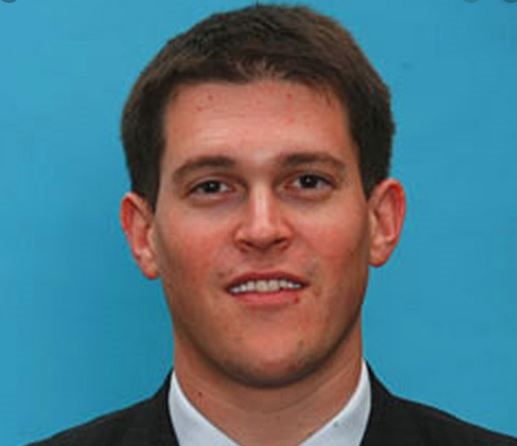 Personality in our list today is one of the famous names in the field of the NBA who is named Nick Arison. He massively came to limelight after he is introduced to the world as the son of the billionaire, Micky Arison. Currently, Nick is the CEO of the Miami Heat.

Besides his father's unbelievable fame and the name he knows that hard work is the best way to silence anyone who thinks he was simply handed the top job by his father. The 38 years old Miami boss was a student manager under Mike Krzyzewski at Duke for four years, with the Blue Devils winning four Atlantic Coast Conferences titles in that span.

He has been one of the major parts of the Miami Heat and has been involved in several Heat operations since the organization was founded. Previously he served as the team's vice president of basketball operations.

Married to his long-time girlfriend

The CEO of the Miami Heats is a married man. Nick's nature is very much possessive and doesn't want to share anything regarding his personal life. However, scrolling throughout his day to day activities, we found out he is very deep in love with his college sweetheart Jenna Green.

Before their marriage, they dated for almost a decade to each other and finally decided to take their relationship to the next level. On July 25, 2016, the long-time couple walk-in aisle together.

The beautiful and rich couple's wedding ceremony was one of the highlighted weddings of the year. The beautiful ceremony was filled with the newlyweds' couple's family and friends alongside with many known names in the NBA history.

Justin Bieber's manager, Scooter Braun was also the best man for the wedding and asked the band to play an Usher track. All the crowd encouraged Usher to take over the microphone and after that rest is history. Usher banged the stage and made everyone on the floor to dance and made the couple's one of the best moments in their life.

The Net Worth of Nick Arison

Nick's total fortune hasn't estimated yet. But as the CEO of one of the well known NBA team he has surely gathered a great amount of fortune into his account. Miami Heat's Team Value is over $1.8 Billion in the market and has revenue of $259 Million. Not to forget Nick's father is the owner of the Miami Heat.

Currently, Miami Heats is one of the top NBA teams and has been performing outstandingly in their league. From which the CEO of the firm is getting a good amount of remuneration without a doubt. The shooting guard of Miami Heats once dated the Charmaine Piula.

Father's net worth in Billions

Nick's father, Micky is one of the known moneymakers in the world. Currently, he holds the total fortune of $8.6 Billion.

He is an Israeli-American businessman and is the chairman of the Carnival Corporation which is the world's largest cruise operator.

The massive moneymaker Micky not only earns the fortune but he is very good at using it wisely. His family is the owner of several homes in the town, including a condominium on Collins Avenue in Bal Harbour, Florida.

The well-known company Bannenberg & Rowell took care of its sophisticated interior design and was built by Oceanfast in Australia back in 2004. Similarly, he is the owner of the $65 Million jet plane. A Gulfstream G650 model with registration N305CC which can accommodate 18 passengers at a time.