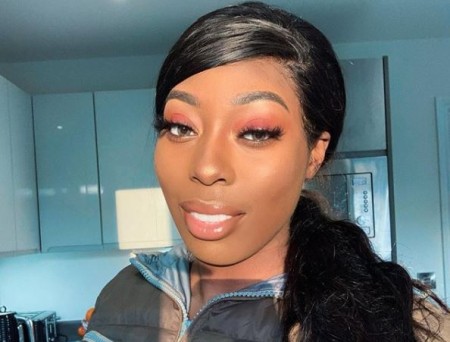 Life is a blessing, and people who know their worth enjoy living it using their full potential. The world will recognize your efforts even if you are no longer a part of it. And today, we will be talking about Nicole Thea, a famous young social media star who died untimely at age 24. Nicole was recognized for her charming personality, along with her inspiring social media posts.

Nicole was and still is one of the fans' favorite celebrities. She was born on July 29, 1995, and grew up in London, England. Thea was eight months pregnant when she died with her unborn child on July 11, 2020.

Why was Nicole Thea famous?

Nicole started sharing her hip hop inspired dance contents on Instagram since September 2014. She quickly gained popularity through her dancing videos. Likewise, Nicole got to dance with global afrobeat superstars like Tiwa Savage.

After a while, Nicole started posting hair, make-up, and travel vlogs. She also uploaded content about her relationship with Boga and their pregnancy. Thea's outspoken and inspiring personality helped grew her YouTube and Instagram to hundreds of thousands of followers.

Nicole was in a relationship with Ghana-born dancer and social media star, Jeffrey Frimpong, professionally known as Global Boga. The 20-year-old Global Boga is a musician and was a member of the rap trio Ghana Boyas. Nicole had shared that she and Boga would marry soon, but she left too early.

Nicole and Boga often appeared on each other's social media. Further, they worked together professionally as well. In April 2020, the couple announced the pregnancy, writing, "God gave us the biggest blessing yet." Thea's mom revealed that they had named their unborn baby, Reign.

Further, on June 29, Thea had shared an Instagram post with a caption: "Can't wait to meet you, little man, soon to be 3 of us." Sadly, the child couldn't live to meet his father.

Nicole passed away on July 11 at home in Mexborough, Yorkshire. Thea's autopsy reports are still pending, but her family suspected that she might have died from a massive heart attack. As per DailyMail, Thea's uncle revealed the suspicion.

Nicole's uncle Charles Murray told that she was saying that she had trouble breathing. He said: "She was struggling with her chest, and she had a pain in her chest. It is so surreal as she was so young. It is such a shock. It has really, really shaken us all up."

One month after his loving partner and their unborn child died, Boga posted an emotional 12-minute video on Thea's YouTube channel. With a heavy heart and tears down his cheek, Boga said: "Nobody understands what I'm going through, and nobody ever will. Nobody ever can."

Boga described Nicole as "the happiest person on earth." He also credited her for loving him selflessly and giving unconditional love. Now that Thea is no more, he says he will keep posting content on her YouTube channel to keep her "legacy alive."

On July 29, 2020, Boga hosted a heartwarming public memorial for his late YouTuber partner. She would have been 25 years old. The funeral took place at Hyde Park, and Nicole's followers and loved ones attended the ceremony.

Watch Global Boga hosting the funeral for his late partner and their unborn child!

Further, Boga hosted a balloon release for Thea and their unborn baby, Reign. Additionally, he performed a song for the attendees he had written for Nicole. Throughout the ceremony, Boga was in an emotional state, along with his friends and families.

What was Nicole's Net Worth?

There is no exact information about Nicole's net worth. However, she was making a name in social media and business. Apart from her YouTube channel, Thea ran a jewelry and eyelash line called the Thea Kollection.

Thea worked as an accessories designer, and she had plans to expand her business. Similarly, she also earned a desirable sum of money from endorsements and product campaigns. Nicole might had an estimated net worth of at least $200,000.