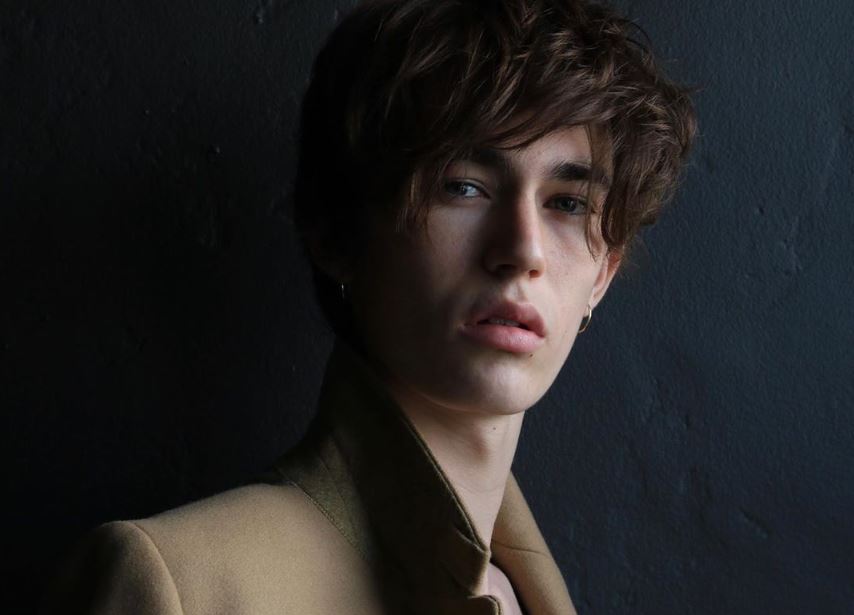 American actor, Nolan Gross came to prominence for his portrayal of young Johnny in the horror thriller drama series, American Horror Story. He is also popular for his role as young Ham in the action-adventure drama film, Noah. Other than that, he loves to hear music and playing soccer in his spare time.

Gross was born on 28th February 2003, in Southern California, California, United States. He is an American by his nationality and belongs to white ethnicity/race. So, what's happening in his daily life, let's take a glimpse of Gross' personal life.

The 17-year-old actor, Nolan is currently in a blissful relationship with a girl, Jade. He and his girlfriend started dating as recently as 2019. They show a mutual understanding and respect for each other.

The couple is pleased to spend quality time while exploring new and exotic places. On 28th November 2019, Gross's partner posted a picture when they were hanging out at the main street in Huntington Beach via Instagram.

Nolan Gross maintains a net value of $250,000 as of 2020. He is currently receiving a fruitful payroll from his profession. Meanwhile, in the United States, an American actor earns an average annual salary of $56,662. So, his income might be similar to an American actor.

More to that, Gross appeared in several commercials for many luxurious brands. Back in 2013, he featured in the TV commercial for the 2014 Cadillac ATS car. In the same year, he did a Super Bowl commercial for Hyundai along with Aiden Lovekamp and The Flaming Lips with a slogan, "Playdate."

Chasing Success with the Mesmerizing Talent

As a child actor, Nolan pursued his talent in the acting industry, where he initially appeared as Todd in the short musical comedy film, George and the Fly in 2011. He then portrayed the role of a Flash Kid in the short romantic drama movie, Turn Into Earth in 2012. He also acted in many short films, including Drink, PUSH, and so on.

Gross made his debut appearance in the romantic comedy TV series, The New Normal in 2012. He then guests appeared as Young Johnny in the television series, American Horror Story, where Suzanne Falchuk also starred. His other television credits, including Masters of Sex, What Lives Inside, CSI: Crime Scene Investigation, etc.

On the other side, Nolan has won the hearts of millions of his fans with his debut song, Red Wheels, released on 16th September 2019. He recently created a song, Night Drive, and released it on 1st December 2019. He also premiered his another song, Eyes Wet back in November 2019.

The rising star, Gross got his first successful movie, Noah that garnered good and positive reviews from the critics and became a blockbuster in the box office in 2014. The film collected $101.2 Million in the United States and Canada and $261.4 Million in other territories for a worldwide total of $362.6 Million against a production budget of $125 Million.

Nolan also made his appearance in the sci-fi action movie, Terminator Genisys, which garnered $89.7 million domestically and $350.8 Million in other countries. Similarly, the film made a worldwide gross of $440.6 Million with a production budget of $155 Million. His other hit movies such as All Summers End, Lucky Dog, Pearly Gates, and so on.