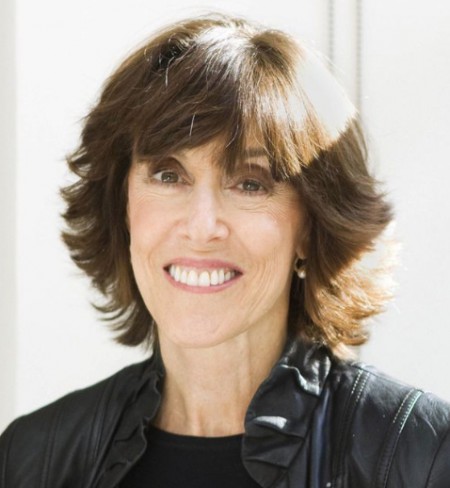 Who is Nora Ephron?

Nora Ephron was an American journalist, screenwriter, filmmaker, and author. She was well known for her role in romantic comedy film Sleepless in Seattle. She was also nominated thrice for the Academy Award for Best Writing for the movie Silkwood (1983), When Harry Met Sally... (1989), and Sleepless in Seattle (1993).

Nora Ephron was born on May 19, 1941, to a Jewish Family in New York, U.S.A. She belongs to white ethnicity and holds an American nationality. Her parents were Henry and Phoebe Ephron. Further, she was the eldest among all the four siblings in her family.

After completing high school, young Nora went to pursue a career in journalism from the Wellesley College in Massachusetts with a degree in political science. Likewise, she briefly worked as an intern in the White House for President John F Kenndey.

Similarly, Nora also applied as a writer for the Newsweek but was rejected. Despite that, she worked for the enterprise as a mail girl. Additionally, Ephron filed a lawsuit against the Magazine company for sexual discrimination, described in Lynn Povich's book The Good Girls Revolt: How the Women of Newsweek Sued their Bosses and Changes the Workplace which was fictionalized by the similar main title Good Girls Revolt in a 2016 Amazon series.

However, in 1986 Ephron wrote the romantic comedy When Harry Met Sally. The film depicts the decade long relationship between the Sally and the Harry. Ephron was also nominated on 1990 Oscar in Best Writing for the following movie.

From their marriage, they shared two sons, Jacob Bernstein and Max Bernstein. Her son Jacob is a well known Hollywood director and has directed a film on his mother's life Everything Is Copy.

However, she later found her husbands extramarital affair with their mutual friend Margaret Jay. The unhappiness followed her to a large extent. Anyways, this also brought difficulty in her marriage.

This affair inspired Ephron to write a novel named Heartburn which further went on to be made a film starring Meryl Streep and Jack Nickolson. Hubby, Bernstein threatened to sue her over the book but never did so. In this context, her husband Carl Bernstein is akin to Playboy honcho Hugh Hefner who also had a number of affairs with some of the leading ladies.

For the third time, Nora went on to marry screenwriter, Nicholas Pileggi. The couple stayed together for more than two decades until her demise. They lived in the Hollywood Hills in Los Angeles and New York.

Nora had a slim figured body. Her height was of an average woman. Similarly, she had a healthy weight. Further, she posses a dark brown hair and her eyes are light brown in color.

How Much Was Nora Ephron Net Worth?

Nora made a good fortune from her career and left a whopping sum of money at the time of her death. As a writer, she had written many scripts for the several movies, some of them was also a nominated for Academy Awards. Nora's writing profession majorly aided her to gather a staggering wealth. Further, she also attains many literature festivals which brought her a sumptuous amount.

As an author, she used to make an excellent remuneration. She also additionally received quite a cash from branding and endorsements. As a scriptwriter, Nora has opened a new pathway to her payroll. Her net worth was predicted to be over $40 million as of 2012.

Nora was not much active in social media. Her media pages are run by her fan base..

Nora passed away in 2012 due to pneumonia, A complication that arose due to acute myeloid leukemia. Unlike Jett Travolta, she died at the age of 71.