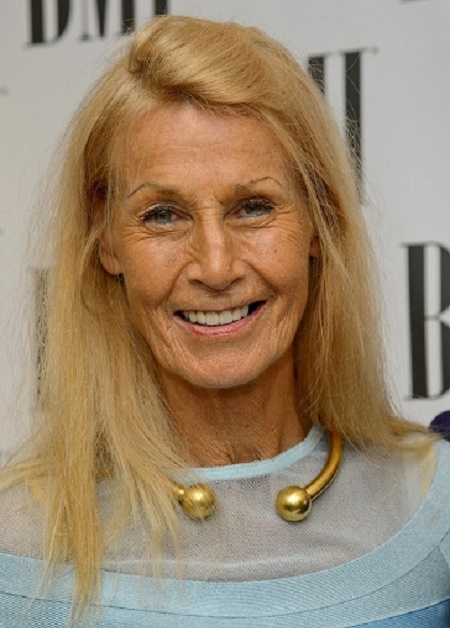 Nora Forster, a business executive, is best known for being the wife of John Lydon. John is an English singer, songwriter, and musician. Yeah, John is recognized as the lead singer of the British punk band the Sex Pistols in the late 1970s and as the leading singer of the post-punk band Public Image Ltd (PiL).

Nora, the celebrity wife, was born in Germany on 30 November 1941. Also, her father was an editor of the German magazine Der Spiegel. She is German citizenship and belongs to white ethnicity. Let's know more about her marital life.

A German heiress, Forster met her future husband during John's time as the lead singer of the band in 1976. They then tied the wedding knot in the year 1979 in the presence of family members, after two years of dating.

With an age difference of 15 years, and their relationship seemed like an odd mix to others, and was doomed to burn-out. But for now, they still lead a happy married life for four decades.

In an October 2018 interview with New York's classic rock radio station Q104.3, John states that Nora is now in the "mid-stage Alzheimer's" He continued:

“I can’t think of a better woman on God’s earth than Nora. If we ceased to function as a couple tomorrow there would be no one else. Not ever. I mean it.’

As of now, Nora and John live in a beachfront suburb of Los Angeles. However, from their marital life, the married couple does not share any offsprings yet.

Nora had one daughter Ariane Daniela Forster, known by her stage name Ari Up, from her previous relationship with Frank Forster. Ari was born on 17 January 1962 but later she died in Los Angeles on October 2010 Wednesday.

At 14, Up, founded the band with Paloma Romero in 1976-best known as Palmolive. They were part of a music scene at the heart of the punk boom and were best known for songs like Typical Girls and they've Heard It Through The Grapevine cover.

Since 2010, Forster and Lydon have been the guardians of Ari’s twin grandson and one granddaughter. The Slits' lead singer had two twin sons named Pablo Forster and Pedro Forster with her boyfriend, Glenmore "Junior" Williams.

Besides, in 1994 John's late stepdaughter Ariane had another son named Wilton. Before his birth, Wilton's father had been sadly shot and killed. The grandparents Nora and Lydo, meanwhile, fulfill their obligations toward them.

Lydon talked for the first time after Ari's death about the pain of losing his stepdaughter Ari Up, who formed punk band The Slits. He also claimed to have scrapped plans for recording and touring with his band PiL because he's taken out so much grief.

What is Nora Forster's Net Worth?

Working in the business field, Nora Forster might make a decent amount of money within herself. Although her exact net worth is not available anywhere, it is reported to be over $50,000. Likewise, a Business Development Executive's annual salary in the United States is $77,163 a year so her compensation is on a similar scale.

On the other hand, as of early 2020, his partner John Lydon holds a net worth of $1 million, making this fortune as a singer and songwriter throughout his career. He is best known as Johnny Rotten, and from 1975 until 1978 he was the lead singer of the Sex Pistols.

Also, Lydon is the leading singer of the post-punk band Public Image Ltd (PiL), which he formed from 1978 to 1993. Their favorite songs are "God Save the Queen," "Anarchy in the UK," and "C'mon All." He has also presented TV shows in the USA, the UK, and Belgium.