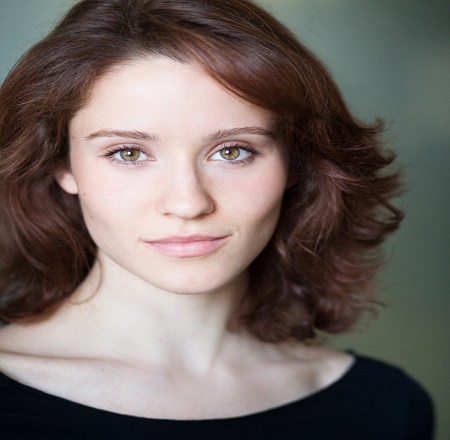 Norma Kuhling is one of the prolific American actress who widely known for her amazing acting skills and beautiful face in media Industry. She, however, made her biggest breakthrough on television when she played the role of Dr. Ava Bekker in hit American medical drama TV series, Chicago Med in 2017.

Born on 4th December 1991, in New York, to the designer/costume designer mother Kristi Zea and producer father Michael Kuhling holds American citizenship and is of white ethnicity. As of 2019, norma is 27 years old.

As of now, this gorgeous actress is in a happy, and healthy marital relationship with her longterm boyfriend turned husband, Sir James “Sherlock” Bond.  Her partner, James' profession, is yet to be disclosed.

Chicago Med star and Sir James tied the small wedding ceremony on 26 November 2015 at a City Hall in New York City. Their marriage ceremony was held among bride and groom's family members and friends.

Actually, there are no exact details when they started to date or how they met for the first time. Nevertheless, their marital bond seems to very strong and powerful as they are living a happy life. Also, the wedded duo is not blessed with any children to the date. They might have future plans for babies.

So there are no rumors of divorce still available between them. They have a harmonious relationship now and also celebrate each moment together for over three years. Recently on a special day, Sir James's Birthday, actress wished him in 2018 through Instagram, with captions:

Another year wiser, or something. Chocolate chip pancakes + Planetarium + Pumpkin carving + Mimosas + Nightmare Before Christmas + Sushi. You’re my favorite person. I’m so happy you were born.

Similarly, on November 26, 2018, Kuhling and her soulmate Bond celebrated their third year marriage anniversary by posting a picture on Instagram. Moreover, this lovely wedded couple do not welcome their offspring yet.

Apart from her nuptial relationship, Norma is a massive fan of a cat person. Hence, she keeps posting pictures of her pets on social sites, including Instagram.

How Rich is Norma Kuhling?

An American actress, Norma Kuhling has a net worth of $1 Million as of 2019, which is similar to an actor, Aaron Benward. Likewise, she gathered this substantial amount of money from her long career span.

Actress, Kuhling makes an extra amount of wages from different commercial and modeling campaigns. She has appeared in various popular magazines like The Hollywood Reporter, TV Guide and International Business Times.

Movies and it's Box Office Collection

Till date, Kuhling has starred in several films and shows including Fallen(2016), Fourteen(2019), and The Joneses. Thus, playing a different role on television, her annual income is reportedly at around $ 56,664. Moreover, her 2016's film Fallen grossed $41 Million at the box office against the budget of $40 Million.

Check Out More New Actor and Actress Biographies On Marriedceleb